Facebook has always been the most accessible tool available to the average person for means of freedom of speech. Turns out terror organizations like Hamas are very aware of that, and largely use it to their advantage. Being a huge fan of freedom of speech, Facebook has made its terms of usage very, shall we say, flexible. For that reason, five families, Israeli and American, all of whom lost a family member in the recent murderous wave of terror, are suing Facebook for $1 billion. The lawsuit was brought under the 1992 Anti-Terrorism Act that prohibits American businesses from providing any material support, including services, to designated terrorist groups and their leaders. In this case, that would apply to giving terror a stage on Facebook through memes, groups, pages, and viral hateful posts of incitement (all of which can be found in the hundreds on your favorite social media site).

I decided to test Facebook’s innocence (or lack thereof). I searched the social network for anti-Semitic groups and pages to report. I was disappointed, but not surprised, at how easily I came across “juicy” material. Firstly, I found a user whose profile name was followed by “(Kill Jews).” He actually decided to blatantly state his murderous views on Facebook, and had thus far not been called out for it. I proudly reported the profile to Facebook, assuming they had simply not yet seen this hateful profile name, claiming it to be “sharing inappropriate or offensive posts” (the closest option Facebook has to offer).


Next I found a large photo posted by a news page on Facebook called “Pure Stream.” This page has over 10,000 likes. The picture shows an “innocent” Palestinian child being “viciously attacked by an Israeli monster tank,” with the large bold text “Death to Israel.” This post had close to 200 shares, and close to 400 likes. That means, thanks to Facebook, this post was seen by tens of thousands of people, many of whom had no previous knowledge about Israel. And you know what they say about first impressions.

The most important viewers of this photo are the teenage Palestinians, raised to hate Israel and everything it stands for. When they are exposed to a photo stating “Death to Israel” with hundreds of likes and shares, this only strengthens their views and may very well push them over the edge from sitting in front of their computer to stabbing a mother and child in the streets. Once again, naively assuming Facebook had simply missed this hateful and blood-thirsty post, I reported it, claiming it to be a violent hate speech.

After about half an hour I received messages from Facebook regarding both of my reports. I was astonished, and yet not surprised, at Facebook’s uncaring response:

So now you know that “Death to Israel” and “Kill Jews” are both well within proper community standards, and no, the year is not 1942. 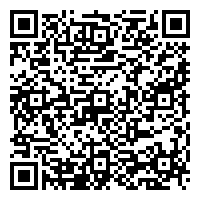