Republicans in the U.S. House of Representatives moved on a pledge first made during the summer and introduced a resolution to impeach Internal Revenue Services Commissioner John Koskinen.

The resolution accused Koskinen of making false statements under oath and with failing to properly respond to congressionally-issued subpoenas for evidence. Koskinen did not become commissioner until late in 2013, and he was not charged with any wrongdoing prior to that date, but with actions taken once he assumed his position.

The charges both have to do with how Koskinen responded to congressional inquiries and requests for emails belonging to Lois Lerner.

Lerner was the head of the exempt organizations division of the IRS during the time the service was charged with having targeted conservative and pro-Israel organizations in their applications for tax-exempt status.

A subpoena was issued to the IRS on Aug. 2, 2013, seeking all of Lerner’s communications during the relevant time period. On Feb. 14 that subpoena was reissued to Koskinen, after he was confirmed as IRS Commissioner.

On March 4, 2014, an IRS employee destroyed as many as 24,000 of Lerner’s emails. The destruction of those emails took place after the congressional subpoena was issued for Lerner’s emails.

The resolution charges Koskinen with high crimes and misdemeanors for failing to preserve IRS records in accordance with the subpoena and for making false and misleading statements to Congress. He also was charged with withholding the information about the destruction of Lerner’s emails and for general incompetence for failing to uncover emails that were recoverable and for overseeing a lackluster investigation.

The impeachment resolution was introduced by House Investigative Committee chair Rep. Jason Chaffetz (R-UT) and co-sponsored by 18 other committee members. 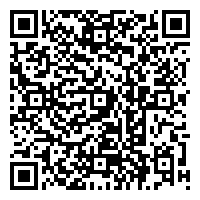