Gdansk Mayor Pawel Adamowicz was rushed to the hospital after being stabbed in the chest at around 8 pm local time on stage during the final moments of a large charity event Sunday evening.

Poland’s Interior Minister Joachim Brudzinski said Adamowicz was hospitalized in very serious condition after being stabbed with a sharp tool during a fundraising event organized by the Great Orchestra of Christmas Charity.

The organization raises money for medical equipment that is difficult for the cash-strapped Polish health care system to provide.

Brudzinski said a suspect was arrested, and called the stabbing an “act of inexplicable barbarity.”

Adamowicz, who has been mayor of the Baltic port city since 1998. He is a progressive politician, one who has shown solidarity with the Jewish community. Last year he denounced the vandalism when the windows of the city’s synagogue were broken in an anti-Semitic attack. 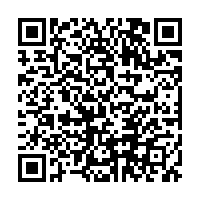