Israel’s High Court of Justice on Monday rejected a petition against the master plan for the construction of the Israeli community of Ofra, located in the Binyamin region north of Jerusalem.

Nearby Arab residents and municipalities petitioned the High Court in 2014 to cancel the master plan because they claimed some of the land allocated to the development of the community belonged to them and was not state-owned, as was stated by those who drafted the plan.


The unanimous ruling was given by Judges Neal Hendel, Noam Solberg and Daphne Barak-Erez.

He also said the plaintiff’s claim is weak due to the decades-long time-period between the alleged ownership and the claiming of the land.

Hendel added that a small part of the land was not expropriated by the Jordanians, and therefore may have belonged to the plaintiffs. However, he decided that because the government could not have known it at the time, and the plaintiffs’ property rights are inconclusive, the master plan should not be over-ruled.

Barak-Erez added that the long time-period between the alleged ownership and claiming of the land was not merely a formal issue but a practical one, making it difficult for the judges to determine the truth regarding ownership of the land.

Former Justice Minister Ayelet Shaked commended the court for its decision and said that it is the result of the hard work led by her at the ministry in recent years.

“Today, an important ruling was issued by the High Court that will allow the development of Ofra. This is the result of thorough work done at the Justice Department over the past four years,” she said.

“The court also made it clear to the plaintiffs, and rightfully so, that the court does not intend to rule on the issue of construction legality in Judea and Samaria, since it is essentially a political issue and not a Judicial one,” she added.

In 2017, nine homes were demolished in Ofra after the High Court ruled that the land they were built on had previously belonged to Arab residents. 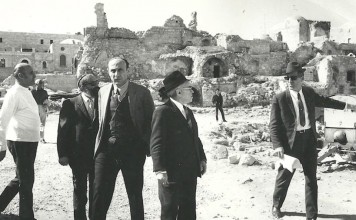