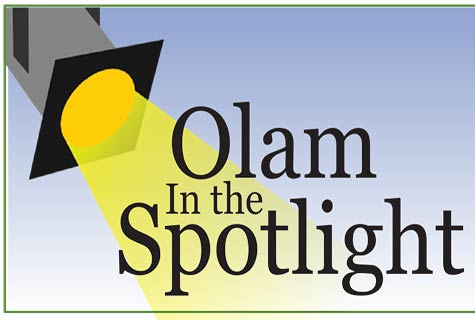 It was a dark and stormy night. 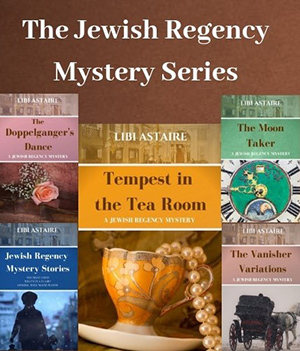 Or so I thought. I was about to tackle the opening scene for a new story in my Jewish Regency Mystery Series, What’s in a Flame? The story takes place in London during Sukkos of 1812. The website hebcal.com, which converts secular dates to Hebrew ones and vice versa, informed me that the first night of the holiday was September 20.


Given London’s usually dreary weather, adding some fog and a thunderclap or two – to create the appropriate atmosphere for my characters, while they ate their Yom Tov meal in their sukkah – seemed like a no-brainer. So after fortifying myself with coffee and indulging in the other pastimes that are a prelude to writing the first word of the day, I set to work.

The scene was remarkably easy to write, which should have been a sign that something was amiss. For me, writing is a long and painful process. Sometimes, though, Hashem sends the gift of inspiration that gushes like an overflowing spring. Apparently, this was one of those times. I went on to the next scene.

But something niggled in my brain. There was a good chance it rained that night. But how good? And what if I guessed wrong? True, most of my readers won’t bother to check the weather forecast for September 20, 1812. But all it takes is one of them to do so and discover I’ve made a mistake – and then write a scathing review on Amazon.com along the lines of: “The story is full of errors! This is the worst historical mystery I’ve ever read!”

To forestall this sort of “dark and stormy” event, I went into research mode. I knew that The Gentleman’s Magazine – a favorite read during the 1800s due to its potpourri of articles, ranging from political reporting to poetry – also published after-the-fact weather reports for the meteorologically inclined. Thanks to the Internet, I could view its pages at my leisure. Which I did. Not only was there no rain on September 20, it wasn’t even cloudy. “Fair!” the meteorologist thundered.

“Not fair!” I thundered back. But I knew what I had to do. I rewrote the first scene, word by painful word.

Actually, within the historical fiction community there is a heated debate about how accurate a story has to be. At one extreme are the purists, who insist on factual accuracy whenever possible. At the other end are those who just as vehemently insist there is a reason why the genre is called fiction; or as Mark Twain didn’t say, despite the numerous attributions, “Never let the facts get in the way of a good story.” (For the purists, what Twain did say, in a 1907 speech, was: “I don’t know anything that mars good literature so completely as too much truth.”) 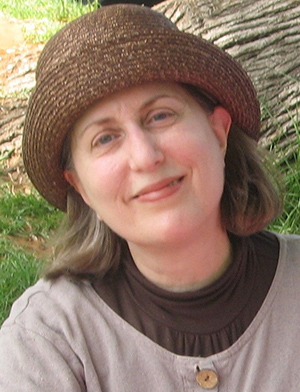 Those of us who engage in the pursuit of factual accuracy do so out of love. Nothing brightens our day like coming across some obscure detail about the past that the vast majority of the human race couldn’t care less about. Learning when and how to use these treasures is part of the art of writing a historical novel. Add too much detail and the story sinks under the weight; use too little and it floats into the realm of neither here nor there.

Writing a Jewish historical novel presents its own unique challenges. For instance, quite a bit has been written about Britain’s Regency era, which lasted from 1811-1829. That’s partly due to the enduring popularity of Jane Austen, whose novels are set during those years. But what about the era’s Jews? Was there anything different or special about how they observed the holidays and celebrated their simchas? How easy was it to keep kosher, Shabbos, and the other mitzvos?

While the story of how the Jews who returned to England in the 1600s and their descendants evolved from not-entirely-welcome guests to full-fledged citizens has been written many times, much less has been written about their daily life. And when it comes to how they observed Judaism within the home, the flow of information dwindles to a trickle. Because I wanted to include these sorts of details in my stories, with as much accuracy as possible, I knew I’d have to ferret out the facts like my fictional detective, Mr. Ezra Melamed. What follows are a few of my favorite “cases.”

The Case of the Missing Purim Spiel

How was Purim celebrated during the Regency era? Since the holiday offers so many opportunities for intrigue, this was one mystery I definitely wanted to solve.

Had London’s Ashkenazic Jews retained some of their traditions from Central and Eastern Europe? After the Megillah reading at the Great Synagogue, did wealthy members of the community still open their doors to masqueraders from the poorer classes, who entertained their well-to-do hosts with boisterous songs and skits in exchange for a few coins and refreshments? Or had they retreated to the muted civility of dinner behind closed doors, followed by a very British tea?

There is a curious account written in 1738 by a convert to Christianity, who in between his malicious attacks on Jewish practices manages to provide some worthwhile details on what those practices were, including for Purim. And there are accounts written around the turn of the twentieth century by Anglo Jews lamenting the dearth of Purim fun in their generation, in comparison to an imagined past. But what about the early years of the 1800s?

I couldn’t find a thing – until one day when I was doing errands in downtown Jerusalem. Naturally, I couldn’t resist paying a visit to one of my favorite secondhand bookshops. Gathering dust on a shelf was a book of essays by Lucien Wolf, a founding member of the Jewish Historical Society of England. At first glance, the appropriately named Essays in Jewish History looked as dry as the book’s crumbling dust cover. But while flipping through the pages, I struck gold.

In the late 1800s, Lucien Wolf had interviewed a few elderly people who still remembered the days of the Regency, when Napoleon was causing trouble on the Continent and Nathan Mayer Rothschild was making his fortune on the London Stock Exchange – and when one Mutchy Israel was entertaining the crowds at the annual Purim Fair, held on Goulston Street, with his puppet shows. Some remembered the masqueraders too.

I grabbed the book, and I’ve since incorporated those reminiscences into stories in the series. But now it’s my turn to wax nostalgic. A few weeks ago, I went back to the bookshop, and it wasn’t there! A beauty shop is now standing in its place – an unwelcome development that’s enough to make an author’s hair (or sheitel) stand on end.

The Case of the Eternal Question: What’s for Dinner?

When you’re an author, it’s not enough to fix dinner for your family; your characters have to eat too. Not only do you have to know which foods were available at the time, you have to know how they were cooked.

Fortunately, Lady Judith Montefiore, wife of Sir Moses, has left us dozens of kosher recipes from the Regency era in her anonymously written cookbook, The Jewish Manual. But one curious omission is a recipe for potato latkes. If latkes weren’t eaten on Chanukah, what might Regency Jews have eaten instead? I still haven’t found an answer to that question, but there is one oil-packed dish that would be ideal: fried fish.

While most people know that fish and chips is one of Britain’s most popular foods, few know that fried fish was brought to England by Jews. Of course, there is a disagreement about “whodunnit.” Was it the Portuguese Jews who brought their traditional Shabbat dish with them when they came to England in the 1600s? Or was it the Ashkenazic immigrants, who also ate fried fish on Shabbos back in Europe and brought the delicacy to England’s more tolerant shores? Historians are still undecided. But by the 1700s, frying fish in oil was considered the “Jews’ way of preparing fish.” And in 1860 a young Jewish man named Joseph Malin opened the first fish and chip shop in London, having made a successful shidduch between fried fish and fried potatoes.

The Case of the Old Bailey’s “Passover Cakes”

Each new story presents new challenges. My current work in progress, Matzah Mia!, takes place during the weeks before Passover. As you may have guessed from the title, I want the scene of the crime to be a matzah bakery. But where would that bakery have been located? Was it in Duke’s Place near the Great Synagogue, and overseen by the chief rabbi? Was a trusted baker given the commission? Could anyone set up an oven and bake them? Where the bakery was located and who had ready access to it would have an impact on how my story developed.

My initial research attempts didn’t turn up even a crumb of information. But I couldn’t believe that those long-ago matzah bakers had vanished without a trace. Surely someone had written about them somewhere.

And, indeed, I finally discovered that someone: the recorder of trial proceedings at London’s Old Bailey courthouse. Several years ago, the proceedings from 1674-1913 were digitalized and the transcripts were put online. Perusing those transcripts is a great way to collect miscellaneous details about Londoners’ daily life, as well as procrastinate for an hour or two when the wellsprings of inspiration run dry.

My search for “matzah” got the response: “Sorry, no results for this query.” “Matzo” also drew a blank. “Passover” did better. And when I looked through the 10 results, I discovered my error. While today the word “matzah” has entered the English vernacular, such was not the case 200 years ago. When speaking to a non-Jewish judge, Jews referred to matzos as “Passover cakes” or “Passover bread.”

Fortunately, none of the matzah bakers who testified were at the Old Bailey because they had been accused of a blood libel. They were being questioned because they had witnessed crimes that were common at that time: theft, counterfeiting coins, and the like. Thanks to their testimony, I learned where a few matzah bakeries were located, how many men might work at one, and other details that provided food for thought.

Sometimes, unlike that Sukkos of 1812, when it rains it pours. After I left the Old Bailey site, I came across an obscure fact that really takes the (Passover) cake. A question was posed in the British press during the 1920s: What is the oldest shop still standing in London?

The winning answer probably surprised just about everybody: Levy’s, a matzah bakery located at 31 Widegate Street, Bishopsgate, established in 1710. Alas, the business closed not long after it received that accolade. But during its heyday, Levy’s not only supplied Londoners with their matzos, but sent them to Jews living in South Africa as well.

Another case closed. Now I just need to drink some more coffee and I can start writing my story. 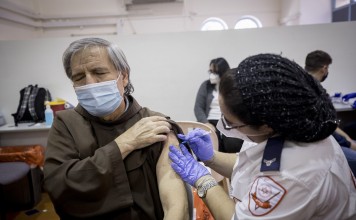