According to an expert on Iran, there will be no deal between the U.S. and its western partners and Iran.

But that is not because the bad deal Iran is demanding will be rejected by the U.S. or its partners. It’s because the Ayatollah Khamenie has instructed his minions in Vienna not to sign anything.

Credit for this novel theory goes to Michael Ledeen, an international affairs analyst who has been covering Iran for decades.

Ledeen explained that the desperate attempts by President Obama, Secretary of State John Kerry and their team to cave to any demands uttered (or even considered) by the Iranians has led Iran’s Supreme Leader to conclude that “there is no reason for him to approve a hated deal with the devil. It’s much better to keep talking until all the sanctions are gone, and Iran’s ‘right’ to pursue its nuclear projects is fully recognized.”

What Ledeen predicts will happen is that what he has dubbed the “no deal deal” will represent a commitment to come to an actual agreement by the end of the calendar year. But in the meantime, Iran will enjoy the gold and money pouring in and the piecemeal, if not whole cloth, lifting of sanctions. What does the P5+1 get? Iran’s willingness to keep talking. What could be better?

For those who watched President Obama’s press conference from the Pentagon today about the threat of ISIS, they’d recognize an additional object of Ledeen’s sneer. That press conference took place at the Pentagon. Flanking the president at the podium were the Joint Chiefs of Staff and the Secretary of Defense. Standing alongside his military men, Obama informed everyone, essentially, that “guns don’t defeat ideologies, only good ideas do.”

Ledeen wrote that if he were “a Pentagon official” standing next to a president who said that, “I’d have resigned on the spot.”

The way the “no deal deal” is likely to play out, if all goes as Ledeen predicts, is the players will act as if a deal has been accomplished, while “just some details” remain to be worked out.

This denouement will also pose a quandary to those in Congress who have been trying – some harder than others – to ensure that those elected officials will be able to have some say about whether a bad deal is implemented. But what happens when the deal is not actually a deal? There will be nothing for Congress to vote or take action on. 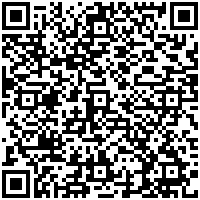