In an interview aired on Monday, Feb. 2, U.S. President Barack Obama acknowledged that ISIS has at least one female U.S. hostage.

The fact that ISIS has been holding an American aid worker was first released back in August. The woman is 26 years old and was doing humanitarian aid work in Syria, when it was discovered that she was taken by ISIS. Her name was not released at the request of the family.

A ransom demand for $6.6 million was made for the woman by ISIS, ABC News reported in August.

But this week’s statement by the U.S. president, made during an interview on NBC’s “Today” show, was his first public acknowledgement that this woman had been taken hostage. Obama said that his administration is “deploying all assets” to find the American held by ISIS.

“We’re deploying all assets that we can, working with all the coalition allies that we can to identify their locations,” Obama said. “We’re in very close contact with her family, trying to keep them updated. Obviously, this is a something that is heartbreaking for families. And our obligation is to do anything we can to make sure an American citizen is rescued from this situation.” 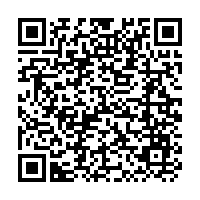