Israel is utilizing new media technology to developing innovative ways to extend hands of friendship to countries in a volatile Middle East.

“We are exploring government, people and societies … trying to skip over the borders and using the new media to create virtual embassies,” which speak directly to those in the Arab world, said Foreign Ministry director-general, Rafael Barak, at the inaugural ceremony of the 13th annual Herzliya Conference on Monday.


Addressing the regional trends impacting Israel, Barak related that “we live in a region in a state of constant instability, and it is our assessment that this instability will continue for many more years.” Despite this, the Israel Ministry of Foreign Affairs continues to locate potential friends in the region, while trying to find “frenemies” among Israel’s enemies and exploring how different governments relate to one another.

Barak remarked that Israel must not only be aware of the threats that exist in the region, but also of certain population sectors that seek friendship. “We must contend with the people around us, looking at the new strategic threats, including the large concentration of chemical weapons in Syria, Hizbullah and Hamas activity, as well as Kurdish populations and other minorities looking for our friendship and trying to draw close to Israel,” he stated.

Regionally, “the characteristics of peace have almost disappeared” said Barak. However, he stressed that the situation with Jordan was better, noting that Israel has an embassy there and is “doing a lot of things with visibility… and under the radar.”

In regard to the situation in Egypt, Barak emphasized the necessity for Israel to “maintain peace agreements with Egypt in light of the instability and internal situation.” He said that the Foreign Ministry was maintaining a “mobile ministry” which traveled to and from Egypt weekly, rather than maintaining a permanent embassy in an unstable and dangerous area. 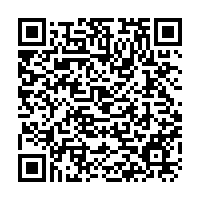