Americans living in Israel, watch out for this year’s June 30 tax deadline.


The full details of the FATCA Agreement are yet to be published upon the signing of the FATCA Agreement, but according to the Israel Tax Authority’s spokesman, the agreement contains certain restrictions on the use of information passed to the IRS and relief of reporting for certain institutions.

According to U.S. law, all U.S. citizens — regardless where they live — have an obligation to pay taxes on their worldwide income. In addition, in cases where the aggregate value of all foreign accounts exceeds $10,000 at any time during the calendar year, they also have to report this information on a special form commonly known as the FBAR.

This means the Israeli financial institutions will have to report to the U.S. government all their clients who are U.S. citizens and/or green card holders, disclosing all these accounts.

This has huge implications for any American living in Israel or abroad who has never reported his foreign accounts or paid taxes on its income to the IRS, and also to some states if applicable (such as NY and NJ).

Individuals have four options with which to comply, according to Wolf, who can be reached at this link for more information. 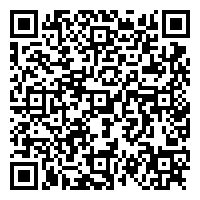