Freedom of speech does not mean having to say whatever comes to mind, a lesson that leftist artists and right-wing Culture Minister Miri Regev should be learning this week.

Regev, who once was the chief Spokesperson for the IDF, has a short fuse that enables her to contribute material for headline writers while making herself look like a jerk.


Ever since taking office, she has endured the wrath of the left by threatening to cut off funds for theatres and artists whose messages are anti-Israel, such as promoting BDS. Regev also threatened to cut funds from an Arab theatre whose founder refused to perform in the Jordan Valley because it is part of the “occupied territories.”

Leftists, of course, are champions of freedom of speech, unless it is a settler calling for the transfer of Arabs to Jordan or a Prime Minister who calls on Jews to vote in order to prevent leftist from forming as government with Arab support.

The latest brouhaha arose when Regev got wind of a film documentary that shows the “soft” side of Yigal Amir, who assassinated Prime Minister Yitzchak Rabin. She said she might cut support for the International Film Festival in Jerusalem next month if it thinks that a film of the “soft” side of Amir is culture.

Suddenly, the leftists did not protest for freedom of speech. Leaders from the left and right condemned the film, but there was not a demand from the left that Regev express her disgust in some other way rather than using her power as Minister of Culture to oppose the film.

On the contrary, Zionist Union Knesset Member Itzik Shmuli called on Regev to remove funding for the film. So much for freedom in the arts.

It all depends on whose ox is being gored. The leftists screamed bloody murder when Naftali Bennett, Bayit Yehudi (Jewish Home) and Minister of Education Arab, cut off funding to a theatre that staged a play showing the “human” side of a terrorist who killed an Israeli soldier.

The terrorist can be portrayed as a good human, but Amir cannot? A plague on both of them, but that begs the question.

The issue of “freedom of speech” when it presents a threat to national security is thorny in every democratic country, and all the more so in Israel.

These questions got lost in the rhetoric, mostly by the left, which handed over an untold number of votes to the right-wing in March when Israeli artist Yair Garbuz ridiculed “thieves and bribe-takers….who kiss the ‘lucky charms’ and bow down at the graves of the dead,” referring to the Jewish tradition of kissing a mezuzah and the custom of many Jews to visit the graves of Torah sages.

The latest leftist to make “freedom of speech” a vehicle to prove his ignorance is actor Oded Kotler, who said Sunday:

Imagine your world is quiet — without books, without music, without poems, a world where no one disturbs you and no one stops the nation from celebrating the 30 [Likud] seats which are followed by a herd of straw and cud-munching cattle.

Artists also need to know that in a difficult and justified argument, we have to be civil and respectful of anyone who thinks differently.

Herzog must be given credit for his comment, which will cost him support from the far left that, like Regev, want to decide what is accepted culture.

For example, how did the bleeding heart liberals react on Sunday when more than 300 artists and actors met under the slogan “The Blacklist” and drafted a petition protesting “anti-democratic” measures” by Regev and others who are allegedly trying to make government policy party of “culture”? 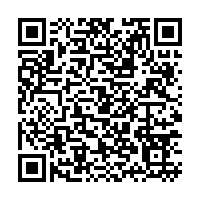