Merkel arrived in the country on Monday with nearly her entire Cabinet, whose members will meet the following day with their Israeli counterparts for a fifth joint meeting. The German delegation is in Israel for a 24-hour visit.


Despite German news reports in recent days indicating that Israel and Germany are at a low point in their relationship, Merkel told reporters in German, “We have come here with almost the whole of our new government, and we wanted to show you in this way that this is indeed a very strong friendship.”

Merkel was to have a dinner meeting with Israeli Prime Minister Benjamin Netanyahu in Jerusalem. The other ministers met over dinner with Israeli Foreign Minister Avigdor Liberman.

Germany has stood “shoulder to shoulder” with Israel over the past five decades, Merkel said, and was working for a two-state solution to the Israeli-Palestinian conflict.

Germany’s foreign minister, Frank-Walter Steinmeier, on Monday in Madrid called Israeli construction in Judea and Samaria “disruptive” and said he would discuss it with Israeli leaders when he landed there later in the day. 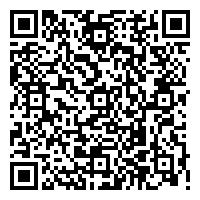