The State Dept. deputy spokesperson Mark C. Toner on Thursday reiterated verbatim his statement from the day before about the fact that Prime Minister Benjamin Netanyahu (Likud) had chosen to bolster his coalition government by inviting MK Avigdor Lieberman (Yisrael Beiteinu) to serve as his defense minister. Toner said, “We’ve seen the agreement that has been reached to expand the coalition. We also know that this is the most right-wing coalition in Israel’s history.” He knows this because, he said, “We’ve seen – or we know that many of its ministers have said they oppose a two-state solution. And what I said yesterday is the same as what I’m going to say today: this raises legitimate questions about the direction that the new Israeli Government may be headed in, and what kind of policies it’s going to adopt. We’re going to judge this government by the course it charts and the actions it takes going forward, but yes, we are concerned.”


The coalition agreement Netanyahu and Lieberman signed on Wednesday included a commitment to promote a new amendment to the Basic Laws, Israel’s closest thing to a constitution, which would limit the ability of the Supreme Court to overturn Knesset laws. The amendment would require a majority of 8 out of the 15 justices to overturn a law.

On its face, this is not a bad idea. In the loose and soft boundaries between the branches of government in Israel, the Supreme Court has become so activist, it has practically begun to legislate, by trimming and cutting laws based on petitions from individuals as well as from Knesset opposition factions. It should be noted that in Israel a petitioner need not prove a direct and personal injury from a given law, it’s sufficient that they object to it. And so we’ve seen recently how the Knesset opposition factions which lost the vote on the off-shore gas deal took the law to the high court, which killed it on its face, and then recommended which precise changes in the law would help it pass the court’s approval. In short, the high court added its vote to the opposition to defeat an elected prime minister. That’s bad enough as it is, but the fact that the panel judges dealing with these petitions don’t even require the approval of a majority of the court is about as anti-democratic as they come.

Finance Minister Moshe Kahlon (Kulanu) did not see it that way, and on Wednesday night announced that he would veto any attempt on the part of Likud and Yisrael Beiteinu to limit the power of the Supreme Court. “So as not to keep you guessing, I’m telling you in advance — this will not happen,” Kahlon tweeted in response to the new coalition agreement.

Kahlon is desperate to appear as if he matters in the Netanyahu government. His popularity has been sinking, while the clout of his rival in the center of the map, Yair Lapid, has been soaring. In a political environment where the Supreme Court is the only means by which the Tel-Aviv elite has been able to force its will on the rightwing majority in Israel, distinguishing himself as the gallant defender of the court couldn’t hurt Kahlon’s creds, whether the point he’s making is reasonable or not.

Then, on Friday morning, another Kulanu politician, Environment Minister Avi Gabbay, announced his resignation on account of the Lieberman appointment. Gabbay, who is not an MK, and whose ministerial appointment was Kahlon’s choice, said in a statement, “Despite the great importance I see in [my] ministry and in our significant activities to reduce air pollution and in many other areas, the recent political moves and the replacement of the defense minister are in my view a grave act that ignores what’s important to the security of the state and will cause another escalation and the tearing up of the nation.”

So Lieberman should expect more attempts to torpedo his decisions in his new role from the left side of the Netanyahu coalition, which, with its 10 seats, could topple the government and bring on new elections whenever it wishes. Lieberman should also anticipate some friction with the Haredi parties, which are facing a decree from the Supreme Court to accept Reform and Conservative conversions, and would be likely pushing new legislation to bypass the court — legislation Lieberman may not necessarily embrace.

Finally, there are the Arabs. The four rockets that were shot at Israel by the Salafist group Omar Al Hadidi Battalions, and the feeble retaliation by the Israeli air force, illustrated the complexity of the realities inside the Gaza Strip — realities that cannot at the moment be solved with the new defense minister’s much quoted calls to just going in and taking it over. For the moment, both Hamas and Israel are interested in maintaining the quiet. But the Salafists want to heat up the front — they steal those rockets from Hamas storage and shoot them at Israel to encourage a retaliation that would bring an escalation. They’ve missed every time they’ve shot so far, but all they have to do is hit once, kill or injure a civilian inside Israel, and watch the flames that would surely follow.

The Salafists are invested in provoking the Hamas government into military action, with posters that show Hamas as the jailers who serve Israel, the warden. They’ll continue to do everything in their power to rile up a defeated, depressed Arab population. Which is why the right Israeli move at this point is containment—unless Israel wishes to fight the next war on the enemy’s terms. This is why the retaliation Wednesday night was only against two targets, one of them a Hamas naval commando training facility which the IDF has wanted to take out for some time. Despite his reputation and the irrational reactions he seems to generate in DC and across the aisle at home, Lieberman will not, for now, change the containment policy, mostly because it serves Israel’s needs. 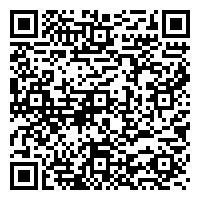