American, Israeli and Jordanian commandos are currently deployed on the ground in Syria, training and operating alongside the rebels trying to topple Syrian President Bashar al-Assad, the French daily Le Figaro reported on Saturday. The report has not been corroborated by any official American, Israeli or Jordanian source.

The newspaper said that according to its sources, the joint operation, led by the CIA, began on Aug. 17, when the commandos joined some 300 Syrian rebels near the southwestern city of Deraa, just north of Syria’s border with Jordan. A second group of commandos reportedly crossed into Syria two days later, en route to training camps set up by the Free Syrian Army near the Jordanian-Syrian border.


According to military sources quoted by Le Figaro, the U.S. is very reluctant to send ground troops to Syria and is also hesitant about arming the rebels, as some groups are affiliated with radical Islamists, and would prefer to train opposition fighters to hold their own.

French experts quoted by the newspaper said that Washington was interested in created a buffer zone in Syria, free of Assad’s forces, while also enforcing a no-fly zone over Syria, which would give the Free Syrian Army an advantage in their efforts to remove Assad from power. 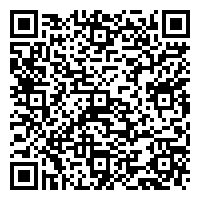