Prime Minister Benjamin Netanyahu reportedly urged President Barack Obama to recognize Israel’s claim over the Golan Heights during their meeting at the White House on Monday.

Netanyahu told Obama that he is doubtful that Syria could be reunited again into a functioning state and that the current situation “allows for different thinking” about the future status of the strategic and resource-rich  Golan Heights, Haaretz reported, citing sources familiar with the situation.

Obama reportedly did not reply to Netanyahu’s suggestion.

Ask for American recognition of full Israeli sovereignty on the Golan Heights through a presidential declaration and accompanying letter.

Israel took control of the Golan Heights during the 1967 Six-Day War and has controlled the territory since, with only a brief Syrian incursion occurring during the 1973 Yom Kippur War. In 1981 Israel annexed the Golan and extended Israeli civilian control over the region. Israel’s move was not recognized by the international community, including the United States.

At various times, Israel has secretly negotiated with Syria over the status of the Golan Heights, with the most recent talks held in 2011, only months before the outbreak of the Syrian civil war.

Israeli proposals, promoted by the Olmert government and with the encouragement of the Obama administration, included ceding territory in the Golan Heights for either a peace deal with Syria or a promise to cut ties with Iran and its terror proxy Hezbollah. 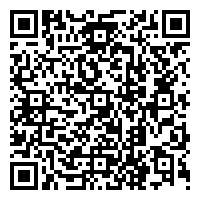