Here’s the most meaningless poll result in the U.S. presidential race today. It’s the Real Clear Politics average of national polls taken between August 22 and September 7. According to that aggregate result of six different national polls—Rasmussen, Gallup, CNN/Opinion Research, Democracy Corps, CBS News and ABC News/Wash Post—President Barack Obama is leading his Republican opponent, Mitt Romeny, with 47.3 to 46.0, or +1.3 for Obama.

Poli Sci experts will tell you it’s a meaningless result for a number of reasons: it’s just a snapshot of the current national mood, with little to do with the actual election results; these polls come ahead of the first presidential debate; and the different polls target different cuts of the voter rolls. Gallup, for instance, targets registered voters—more likely to bend liberal, while Rasmussen typically questions likely voters—more likely to bend conservative (although in its current poll Rasmussen is giving Obama +2 against Romney).


But the most important reason why the above figure, +1.3 for Obama, is meaningless, is that these are national polls, and the U.S. does not conduct national elections. Rather, we have 50 plus local elections, which choose delegates to represent each state in the Electoral College.

The fight is over the number of delegates in each state, which, in the vast majority of states, is still based on the winner take all principle, and which also means a candidate must receive an absolute majority of electoral votes (270 out of 538) to win the Presidency.

Both parties have their certain states (California and New York go Democrat, Texas goes Republican), and their “leaning states” (Pennsylvania gives Democrats heart attacks but in the end votes Democrat, Indiana does the same to Republicans, more often than not).

So that the real election campaign is taking place outside of the sure states and leaning states of each party, which they usually concede to one another, and is being waged in these eight swing states. Together they comprise 95 delegates. This means that regardless how well each candidate is doing in their certain and near-certain states, they cannot win without winning the majority of the delegates in these swing states.

Right now, as you can see in the enclosed chart prepared by yours truly on my Excel, President Obama is enjoying from marginal to significant leads in all eight swing states.

It’s true that some of those poll results are quite old, especially in New Hampshire and Nevada. But in the two states with the heaviest delegate yield, Florida and Ohio, as of September 2, Obama is slightly ahead.

The Republicans know this, and have begun to pour the contents of their war chest into these states, with a big emphasis on Florida and Ohio. And a small lead that’s well within the margin of error can certainly be erased. But consider two important factors:

One – these figures do not reflect the bump for Obama in these states after the Democratic convention.

Two – after a while, incessant advertising begins to lose its effectiveness and, occasionally, starts yielding negative results.

We’ll be watching the swing states for you and updating you on the election as it rolls along. The first presidential debate is scheduled for October 3, dedicated to domestic policy; followed by the VP debate October 11; then a town hall meeting style debate October 16; and, finally, on October 22, a foreign policy debate. 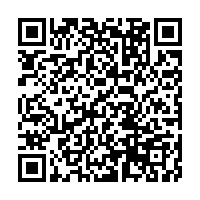