Alan Mendoza, Executive Director of the Henry Jackson Society, interviewed B’Tselem Spokesperson Sarit Michaeli on Monday on J-TV, a new YouTube channel “providing weekly content on Current Affairs, Jewish Wisdom, Movers & Shakers and Jewish Food.” As the conversation progressed, the host pushed Michaeli on the fact that her group devotes much more attention to the Israeli side, while most Arab violations of human rights are given a pass. Michaeli didn’t argue the facts, noting that B’Tselem does condemn major human rights violations by the Arabs in both Gaza and the PA, but that, being an Israeli organization, it is more dedicated to teaching Israelis about wrongs committed by their own government.


Sarit Michaeli was injured by a Border Guard rubber bullet during a riot in which she participated in Nabi Saleh, back in 2013. She actually filmed her own bleeding leg as she was lying on the ground. Being a British person, host Mendoza did not have the DNA to conclude Monday’s encounter with a rubber bullet to the guest’s leg, even if she weren’t calling in on Skype, so he just hung up on her. 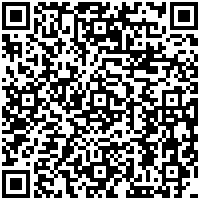