The Palestinian cause should belong to Palestinians, but sadly it does not, and that is one of the main reasons for its failure. In 1947, the trend was established when the Arab world pushed the Palestinians to reject the UN partition plan and to fight their Jewish neighbors instead of living at peace with them.

This trend has continued since then, with Palestinians being encouraged repeatedly by their “friends” to reject Israeli offers for peace. Today the so-called pro-Palestinian movement, including the Boycott, Divestment, Sanctions (BDS) movement, is driven largely by non-Palestinians and even non-Arabs, and it is far more anti-Israel than pro-Palestinian.


These foreign parties have no interest in helping the Palestinians build a peaceful state. Their interest lies in satisfying an ideological view of what the Palestinians need, which often is very far from reality. For example, they oppose Israeli businesses in the West Bank, regardless of the consequences to the Palestinians. Five hundred Palestinians lost their jobs as a result of the closing of SodaStream which the BDS movement targeted.

Palestinian human rights activists Bassem Eid wrote, “There is no connection between the tactics and objectives of the BDS movement and the on-the-ground realities of the Middle East. Israelis continue to come to the West Bank to do business, and most Palestinians continue to buy Israeli goods. Indeed, if you ask Palestinians what they want, they’ll tell you they want jobs, secure education, and health”.

The Zionist movement has benefited from being driven by Jews and not by foreign parties. This was caused ironically by a negative, which is that the Jews are isolated – they are demonized by Arabs as well as by Europeans who, hypocritically, have not forgiven Jews for the Holocaust. So Jews had to define and implement Zionism themselves, and they did it to meet their own needs, not the needs of ideology-driven (even if well-intentioned) outsiders.

While the Palestinian cause is still today dominated by non-Palestinians, Zionism remains in the hands of Jews, and it is essential that it continues this way. Zionism is a Jewish movement to achieve their own national aspirations. Non-Jews may sympathize with their objectives and may even actively support them, but non-Jews never should dictate the meaning of Zionism or its future direction. If they did so, it would defeat the purpose of Zionism by putting the future of Jews in the hands of non-Jews.

The Jewish control of Zionism is however threatened by non-Jewish groups and individuals who take it upon themselves to define what Zionism should be. An example is right-wing Christian groups who promote Israeli presence in the West Bank – CFOIC (Christian Friends of Israeli Communities) claims that Israeli withdrawal from Gaza or the West Bank is “counter to God’s plan”. At the opposite end of this issue, former head of the IDF’s Central Command, Major General Gadi Shamni, says, “Every step we take should stem from one strategic goal — separation from the Palestinians”.

Jews, particularly Israeli Jews, understand the situation on the ground because they live it every day. For outsiders, no matter how well-intentioned they may be, the issues are abstract and often driven by dogma. Even non-Israeli Jews have a stake in the future of the Jewish state that non-Jews do not. Knowing the difficult history of the Jewish people and the ongoing antisemitism worldwide, that stake is very real.

If non-Jews take a bigger role in driving it, Zionism will suffer from some of the same ills that the Palestinian cause has suffered from, and it will become more anti-Palestinian than pro-Israel. This would weaken Zionism and eventually destroy it because while the Palestinian cause benefits from the absolute support of nearly two billion Muslims, Jews receive no unconditional support from anyone – Jews must remain strong and united if they wish to survive as a nation.

While the non-Jews’ support for Zionism is welcome as it should be, they have a support role, not a leading role. Zionism belongs to Jews, not to outsiders driven by Christian religious zeal or by a need to boost their egos or their careers. 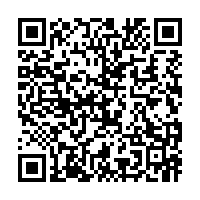