A Channel 10 report on Thursday ranked the various Israeli Prime Ministers, since 1991, based on the amount of actual housing construction that began during their respective terms, inside the Israel’s Settlements.

*Also destroyed thousands of buildings and homes.
** This chart doesn’t include infrastructure construction, only homes.


Based on information collected by Peace Now, below are the number of government tenders for new settlement housing that were issued, by year for the past decase. We then correlated that information according to who was Prime Minister at the time.

Again, the information above is for new homes only. It does not include the infrastructure development in the settlements, which Netanyahu, for instance, did a lot of (exact data unavailable at the moment) during this last term as Prime Minister.

According to Peace Now, the Netanyahu government also approved dozens of “outposts”, though what Peace Now calls “outposts” are actually neighborhoods of existing Settlements. 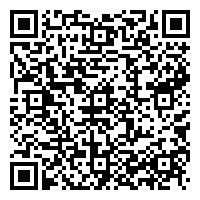