The Obama administration has escalated its political war on Israel with new charges – denied by Israel – that Jerusalem lobbied Congress against a deal with Iran by using information collected from spying on secret talks.

Israel has formally denied the allegations, admitting it obtained information but explaining it did so by spying on Iran and by receiving intelligence from European officials.


The Wall Street Journal reported Tuesday morning, “The spying operation was part of a broader campaign by Israeli Prime Minister Benjamin Netanyahu’s government to penetrate the negotiations and then help build a case against the emerging terms of the deal.”

The espionage didn’t upset the White House as much as Israel’s sharing of inside information with U.S. lawmakers and others to drain support from a high-stakes deal intended to limit Iran’s nuclear program, current and former officials said.

It is one thing for the U.S. and Israel to spy on each other. It is another thing for Israel to steal U.S. secrets and play them back to U.S. legislators to undermine U.S. diplomacy,’ said a senior U.S. official briefed on the matter.

The White House accusations are based on the conclusions that information Israel acquired could only have been obtained from spying on confidential talks by U.S. officials.

A senior official from the office of Prime Minister Binyamin Netanyahu told the Journal:

No one believes that the United States and Israel don’t spy on each other, but Israel has been less ambitious since Jonathan Pollard was caught nearly 30 years exposing for Israel secret information from the Pentagon, where he worked.

But no one, except perhaps Obama, believes that Israel is not capable of spying on Iran.

“Did the administration really believe we wouldn’t find out?” about the closed-door talks by American officials from other sources, an Israel official said.

Israeli officials informed senior members of Congress of details on the proposed deal, including the compromise that would allow Iran to operate approximately 6,500 centrifuges for enriching uranium.

Obama has two problems concerning his policies on Israel and Iran – Netanyahu and Congress. Both are sure that any deal with Iran on its nuclear development program will be a bad deal.

President Obama still is sulking over Netanyahu’s speech to Congress two weeks ago in which he warned against a deal. Netanyahu has the support of a majority of Congress and possibly even enough to override a presidential veto of a law that would require him to submit a deal to the legislature for review.

Obama and Netanyahu have become paranoid of each other. The Prime Minister does not trust the president to keep Iran from having the capability of obtaining a nuclear weapon that could be aimed at Israel and fulfill the Islamic Republic’s stated dream of wiping Israel off the map.

Obama and Netanyahu have totally lost trust in each other over the White House’s cherished “two-state solution” and “a negotiated peace” that Palestinian Authority chairman Mahmoud Abbas has ditched long ago but for which Obama wants to make Netanyahu the scapegoat.

Not coincidentally, Congress is on Israel’s side, while President Obama and his foreign policy team constantly ignore official Palestinian Authority incitement for terror and turn a blind eye to PA documents calling for all of Israel to be “Palestine.”

The establishment pundits are having a field day charging that Netanyahu is at fault for supposedly forcing a cold war on Obama. 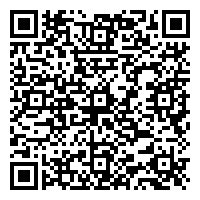