(New York) Other than the fact that one is named Thor, there’s nothing obvious about the two young men to suggest they’re superheroes.  Both are average height, conservatively dressed, one wears glasses, and neither is faster than a speeding bullet. But in their latest adventure Tuesday, UN Watch’s Hillel Neuer and Human Rights Foundation’s Thor Halvorssen revealed, yet again, their true identities: global defenders of Truth, Justice and the-way-things-are-supposed-to-be.   The dynamic and undauntable duo, armed with their weapon of choice – information – teamed with the Lantos Foundations and organized a sparsely attended press briefing at the United Nations in advance of Wednesday’s election for 18 open seats on the UN Human Rights Council.

“It’s a black day for human rights,” Neuer, executive director of the Geneva-based non-governmental human rights group, told the small but distinguished group of journalists, “The election of even more rights abusing regimes, on a body that already counts China, Russia, Cuba and Saudi Arabia as members, marks another severe blow to the credibility and efficacy of a body that was supposed to …protect victims,” Neuer produced a detailed report ranking the country-candidates up for election into three categories, ‘qualified’, ‘questionably qualified’ and ‘unqualified’ based on the UN’s own criteria requiring Human Rights Council members to “uphold the highest standards in the promotion and protection of human rights.”

Halvorssen proceeded to provide detailed instructions for voting countries on getting around the “closed slate” problem, a situation where a given number of countries are running for the same number of spots, and precisely the predicament in this week’s election in three out of the five regional slates, “an unfortunate lack of competition which undermines the very premise and rationale for holding elections,” according to Neuer.   It’s almost astonishing enough that the UN allotted these two a conference room. This is the second corruption crushing expose for Neuer this month, after an earlier investigation into social media posts by UNRWA employees revealed incitement to violence against Israeli Jews by Palestinians and forced their termination. Both UN Watch and the New York based Human Rights Foundation have been instrumental in several high profile human rights cases recently.

The nine countries listed in the report as being unqualified to serve on the Human Rights Council are Burundi, Ecuador, Ethiopia, Krygistan, Laos, Pakistan, Togo, UAE, and Venezuela. Speakers from three of the unqualified countries up for election shared personal experiences emphasizing the dismal human rights records of the countries in question.

One of the speakers was Ambassador Diego E. Arria, a former Venezuelan Ambassador to the UN, former President of the Security Council, and the man behind what’s come to be called “The Arria Formula”, who made the case against Venezuala’s election to the HRC.

The outcome of Wednesday’s election may already be a foregone conclusion, one can only imagine what Neuer and Halvorssen might accomplish with the resources of a larger lobbying organization. But with youth and optimism are on their side, not to mention truth and justice, they continue to slowly make inroads against a system so used to trading human rights for governmental power plays that the world barely notices, most recently when the UK disappointingly backing the Saudi bid for a key HRC panel. Halvorssen concluded, “The fundamental issues of Human Rights are not and will never be negotiable.” 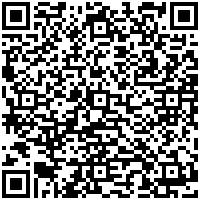