With Liberman out of the picture and the coalition talks making no progress, Yisrael Beiteinu’s Yair Shamir decided to take matters into his own hands and split off Yisrael Beiteinu from the Likud.

“Deciding which party to join was an easy decision,” Shamir told JewishPress.com.

“Likud, by itself, is only 2 seats larger than than Yesh Atid and that would have given us a clear majority, but we decided that HaBayit HaYehudi is a much more natural partner for us, and they don’t have all that anti-Hareidi baggage going on, and together with our 22 seats Yisrael Beiteinu HaYehudi would be the party that leads the country. Our party names mesh nicely too.”


Naftali Bennett had no problems stepping aside and letting his more experienced, if junior partner, Yair Shamir be named joint party head. “Its not about the seats or positions,” Bennett said, “It’s about the values. And like his father Yitzchak, Yair shares many common values with us. And on religious issues, he shares many values with Ayelet Shaked.”

One of Yisrael Beiteinu HaYehudi’s first invitations was to the Likud, to join them without any preconditions. Together with Yesh Atid, the coalition could have 61 seats.

It’s unclear at this time is Sara will approve the Likud joining a Shamir led coalition, though there are rumors that an emergency vote of the Central Committee members is being called to discuss what led to these developments, and that “lessons will learned, and changes will be made as a result.”

Even Yesh Atid has shown some flexibility, as it slid down to becoming the third largest party. Party head Yair Lapid said, “I’m not my father, I don’t hate Hareidim, I’ve even let them sit near me on my show. I guess I could sit next to them around a cabinet table too.” 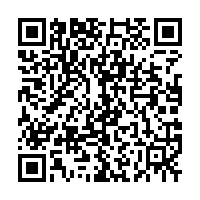