Israeli military forces have neutralized another Hamas terrorist attack tunnel Thursday, one that was discovered several months ago.


The new tunnel originated in central Gaza, infiltrating 200 meters (656 feet) into Israeli territory from the Khan Younis area, according to the IDF Spokesperson’s Office.

Hamas has changed its methods of construction and is using different building materials, from the looks of the new tunnel, the IDF Spokesperson said.

The IDF Spokesperson’s Office said that the terrorist tunnel was being monitored until it was neutralized today.

The tunnel has been expanded in several places, excavated from several excavation workshops, and combined with various methods of construction, the IDF said.

“The technological capabilities of the IDF are improving all the time and will continue to progress in identifying the tunnels and continuing to neutralize them. At the same time, the construction of the underground barrier continues,” the spokesperson added.

The tunnel was neutralized by an engineering operation in the territory of the State of Israel, led by the Southern Command, the Intelligence Directorate, and the MAPA.

Since October 2017, 15 tunnels in the Gaza Strip have been neutralized.

“This economic investment, which comes at the expense of the welfare of the residents, proves its exploitation of the population in Gaza for terrorist purposes.

“The IDF is determined to continue to defend Israel’s sovereignty and the security of its citizens and will act decisively against terrorism.” 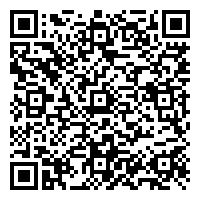