The Palestinian Authority (PA) is hiring terrorists released from Israeli prisons to bypass Israel’s anti-terrorism law that deducts the sums the PA pays terrorists (“Pay to Slay”) from the taxes it collects on behalf of the PA.

Last month, Israel’s Security Cabinet decided to withhold tax transfers from Israel to the PA to offset salaries paid by Ramallah to terrorists or their families. The Security Cabinet’s decision is an implementation of a law that freezes PA funds designated for transfer to the PA by the State of Israel.


The law aims to penalize the PA for its practice, dubbed “pay to slay,” of providing salaries to Arabs who commit acts of terrorism against Israelis. The stipends are paid out in varying amounts in accordance with the crime and sentence; the more violent and lethal the attack, the higher the monthly stipend.

In recent days, the PA has commenced with the process of “hiring” approximately 7,500 released security prisoners to its offices and security services. The former terrorists have begun filling out forms with their personal details as well as questions about their preference for placement in the new workplaces.

The focus is on released prisoners who until now were considered employees of the PA according to the Palestinian Prisoners’ Law but were not required to be present in the PA offices. These prisoners will now be required to be actually present at their workplaces.

This reform is intended to prevent Israel from continuing to deduct the money transferred to the families of the prisoners and could protect the PA from Israeli claims that the money was paid to the prisoners only for serving in prison for acts of terrorism.

The Palestinian Prisoners’ Authority, which is subordinate to the PLO, supports the recruitment of released prisoners, despite the prisoners’ protests against harming their status, noting that while the prisoners will be obligated to attend the PA’s offices, the inmates’ income will be guaranteed.

Ramallah sources say that the move is a result of pressure and on the recommendation from the European Union, but such messages have also been sent by the Democratic Party in the US, as part of paving the way for the resumption of diplomatic negotiations between Israel and the PA.

Another recently discussed idea, according to which the payment to prisoners would be calculated according to a socio-economic key, was rejected by the prisoners who oppose being considered welfare cases due to their national status.

Official figures show that more than 70% of prisoners are single young people who have served a few years in prison. They were likely to be severely affected if their wages were calculated according to socio-economic data.

The PA will now be required to find a solution for another 5,000 prisoners who are in Israeli prisons and are being paid by the PA. A source in Ramallah says that it is possible that the families of these prisoners will receive support according to socio-economic data.

In 2014, the PA closed the government office for prisoners and established the Prisoner Authority, under the PLO, a step to soften a protest against it, but the funds continued to flow from the Authority’s budget to the PLO and from there to the prisoners’ bank accounts.

The Palestinian Prisoners’ Authority says that in parallel with the recruitment of released prisoners, the Palestinian “Independence Bank” is expected to open as early as January 2021, through which funds will be transferred to the families of imprisoned prisoners without Israel being able to take action against it.

In 2018, the Palestinian Authority spent about NIS 550 million on payments for imprisoned and released terrorists, according to a review of the PA’s budget.

In total, the PA transferred to prisoners and families of “martyrs” and those wounded while committing attacks an amount equal to 7.5% of the budget, about NIS 1.237 billion, equal to 44% of the donations the PA expected to receive as external assistance from other countries in 2018.

A source told TPS that while Israel delayed deducting prisoners’ money from PA tax money until last week when it decided that NIS 600 million should be deducted from payments to prisoners in 2019, the PA acted to reform this matter and may have been done in direct or indirect coordination with Israel.

Last week, Israel transferred NIS 3,768 billion to the PA. This is tax funds collected by Israel for the PA from May when the PA severed relations with Israel and refused to accept the funds, until November. This sum does not include the deductions for transfers from the PA to the families of the prisoners, estimated at more than NIS 600 million for 2019.

The law in Israel also stipulates that the deduction will be made “from now on” and only after the government approves it every year, which raises the possibility that the balance will not be deducted in December, in the amount of NIS 50 million a month. 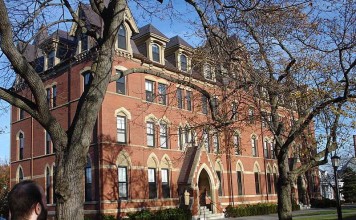 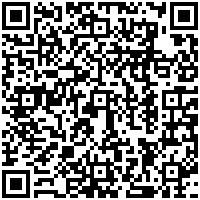