The truce between the Palestinian Authority and the other terror groups in Shechem (Nablus) is apparently over. Intellinews and Arab sources reports that gunfire was exchanged between the independent armed factions and PA after the PA arrested another person in the city. There is also a report that the PA had informed the armed factions that they would not be releasing one of the people they arrested.


The PA and the military factions had reached a truce a few days ago after a day-and-a-half of shooting one another, leaving one civilian dead and numerous others wounded. 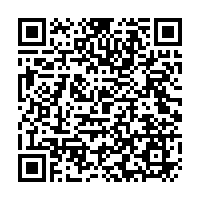