The U.S. House of Representatives passed House Resolution 326 on Friday, reaffirming support for the two-state solution to the seven-decade-long Israeli-“Palestinian” conflict.

The final tally was 226 in favor, 188 against, and two present—with most Democrats voting for it, and most Republicans voting against it.

It was introduced by Reps. Alan Lowenthal (D-Calif.), Gerry Connolly (D-Va.) and Karen Bass (D-Calif.), and emphasized the U.S.-Israel relationship on issues from national security to shared values such as “democracy, human rights and the rule of law.”

At the same time, it also stated, “Whereas the United States has long sought a just and stable future for Palestinians, and an end to the occupation, including opposing settlement activity and moves toward unilateral annexation in Palestinian territory.”

The resolution, which also stated there should be no conditions to U.S. assistance to Israel, had 192 co-sponsors, all Democratic.

Jewish and pro-Israel organizations expressed mixed reactions to the measure.

In a letter to Rep. Michael McCaul (R-Texas), the ranking member on the House Foreign Affairs Committee, the Republican Jewish Coalition stated that the resolution’s purpose is apparently to “undercut the Trump administration’s Middle East peace plan ahead of its unveiling.”

The administration unveiled the economic component of its Mideast peace plan earlier this year at a conference in Bahrain. It is currently unknown if and when the remainder of the proposal will be released.

The RJC also said that the resolution consisted of a “terrible mistake” of not mentioning Palestinian terrorism.

Additionally, the organization called for the House to take up a Senate bill passed in February that would impose fresh sanctions on Syria, boost security cooperation with Israel and Jordan, and allow state and local governments the right to punish state or local contractors from engaging in boycotting Israel.

Democrats have expressed opposition to anti-BDS legislation, stating that it could infringe freedom of speech.

Ahead of the vote, the Zionist Organization of America stated that the resolution calls for what it believes will be “a new Arab terrorist state on Israel’s border on historically Jewish land.”

“The Palestinian Arabs have rejected any peace talks with Israel and refuse to discuss peace with the United States,” said the organization in a statement. “After two inconclusive Israeli elections and the prospects growing for a third, it is completely inappropriate for the U.S. House of Representatives to try to interfere with Israeli policy as Israel tries to form a new government.”

“The resolution is biased in favor of a two-state solution. This conflicts with the idea that the two parties alone in the Israeli-Palestinian Arab conflict should determine the final agreement through their negotiations,” said Endowment for Middle East Truth (EMET). “By trying to enforce a two-state solution on both sides, the sponsors of this legislation are limiting future peace talks and taking off the table other options that might encourage peaceful coexistence.”

The group also said the measure had “criticisms directed at the Israeli government while barely acknowledging Palestinian actions that are in conflict with achieving a true peace,” including the Palestinian Authority rewarding terrorists and their families.

However, the Jewish Democratic Council of America supported the resolution’s passage.

“The House today reaffirmed decades-long U.S. support for a two-state solution to the Israeli-Palestinian conflict,” said Halie Soifer, the group’s executive director. “This resolution is important in light of the possibility of unilateral Israeli annexation of the West Bank, which would significantly impede prospects for a two-state solution and may call into question Israel’s future as a secure, Jewish and democratic state.”

“This resolution was led by and passed with overwhelming support of Democrats. We are disappointed that Republicans chose to jettison what until now has been strong bipartisan support for a two-state solution,” she continued. “The resolution that Republicans rejected also includes an affirmation of support for security assistance to Israel, per the 10-year, $38 billion Memorandum of Understanding between the United States and Israel.”

“We strongly reject the Republican Party’s choice to insert partisanship into the U.S.-Israel relationship.”

“With this vote, the majority of lawmakers have rejected the Trump administration’s embrace of the Israeli settlement movement’s agenda, which undermines U.S. interests, imperils Israel’s future and tramples on Palestinian rights” said J Street President Jeremy Ben-Ami. “They’ve made clear that strong support for Israel’s security must go hand-in-hand with opposition to annexation, holding the line against settlement expansion and active American leadership towards a two-state solution.”

The American Israel Public Affairs Committee told JNS that it does not have a stance on the resolution. 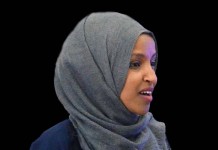 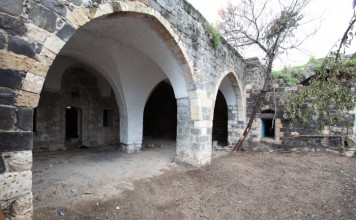 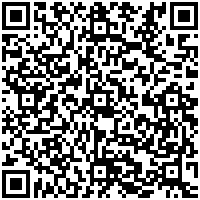