A penny for your thoughts… If it were true, I would be a wealthy woman. I tend to think a lot – about all sorts of things. Some people might say that my thoughts wander. They may, but into all sorts of interesting places.

For example, I often think about what I have to do tomorrow and end up worrying about what I did yesterday. Or last week. Or month. Which seems like a futile activity because whatever I did is done and over with. Unless it isn’t. Some things can be changed for the better. On the other hand, much of what I think about isn’t particularly practical or useful anyway. But I’m getting ahead of myself.

I think about a large assortment of topics. I think about the world and what I can do to make it work better. I admit I can’t do too much, but I think about it anyway. I think about my weight, my work, my wardrobe, my kids, my bank account and what’s left in my freezer. All, as you can see, are crucial topics.

I will be the first to admit that most of my thinking doesn’t seem to make much of an impression on anyone (although it often leaves me with a headache), but I can’t seem to stop. My husband tells me to just concentrate on one thing at a time, like what I’m doing at the moment, and to forget about everything else. I do forget things – often – but those aren’t the things he is referring to. And I’m quite capable of doing most things automatically, without concentrating, and they come out just fine, thus freeing my mind for other more interesting meanderings. And there are so many interesting matters to contemplate. How else are we to learn and understand and become wise if we don’t think? Surely we don’t want to spend our lives like fish, swimming thoughtlessly round and round an aquarium, knowing nothing, going nowhere.

We, on the other hand, can look up at night and see a wondrous, starry nighttime sky (if we’re lucky enough to live somewhere where the stars aren’t hidden by skyscrapers or obscured by urban lights). Did you know that there are zillions of stars in our galaxy and zillions of other galaxies out there? That’s enough thinking material for years! I have no idea how astronomers know these things, but they are definitely worth thinking about.

Surely you’ve wondered how and why flowers have so many different colors and aromas, fruits their different textures and flavors. Or why rain (or snow) is the only thing in the world that comes down when everything else moves up. Plants, animals, people – they all grow upwards, as though reaching towards Heaven. Only rain descends to the Earth, a gift sent down from above.

Did you ever ask yourself how it is that the brain, affected by our sight, our hearing, our emotions, can produce such a wondrous array of substances that govern our body, our health, our reactions and our very lives? We know where our eyes and ears and various glands are, but where exactly are our emotions situated? Perhaps in the brain itself? And come to think of it, where does our soul sit… in our brain? Next to it? In the heart? Somewhere else? These are all important questions and if you haven’t thought about them yet, perhaps it’s time to think about them now.

One topic that particularly interests me is why, if we are able to choose between good and bad, right and wrong, rational and irrational, we so often make the wrong choice. Shouldn’t the scales be more evenly weighed? One would think that taking a logical, righteous path would be the more attractive choice. That it would lead to better, happier results. But obviously we are not thinking. Otherwise, intelligent people wouldn’t make senseless, inane mistakes and then hang onto them as though they were vital to life itself. For example, entire families who spend their lives in a state of wrath: children are angry with parents (or vice versa); siblings don’t speak to each other; friends are hurt, business partners bitter and resentful. All divided by seemingly unpassable chasms. Why? If you ask them, you get an earful of explanations, all carefully secured in hermetically closed boxes. There is no talking, no reconsidering, and no weighing the consequences of this unending state of warfare. No room for thought.

I have thought about things like this for a long time. The lack of shalom – of harmony and love in the world – is everywhere. It is a universal challenge. That’s why shalom is such a fundamental mitzvah. And why it’s one of the names with which God has chosen to describe Himself. Of course, when Mashiach arrives (may he come soon!) wars will end and peace will reign between nations, but will personal vendettas also disappear? I’d like to think so, but I can’t imagine how. It takes a lot of thinking.

It’s also hard to image what things will look like when the Beit HaMikdash is finally rebuilt. In addition to a mega-surge of Jews in Jerusalem, we’ll have mega traffic jams (at the moment our jams are merely mammoth, not yet “mega”). In addition, the Municipality is presently planning a huge cable car that will transport 30,000 people an hour over the Kidron Valley and directly into the Old City onto the Kotel plaza. But where will all the thousands of cars and buses bringing people to the cable cars park? I wonder if the city planners thought about that. No one asked me for advice, but I think about it nonetheless. There are countless other Messianic-related problems I haven’t thought about yet. It’s too much for one person to handle. I hope someone else is thinking along with me.

And last of all, did you know that the Maccabean Wars lasted twenty-three years after the Beit HaMikdash was purified and the miracle of the oil took place? It took more than two decades of fighting before the Maccabees forced the Syrian Greeks to retreat from the Land of Israel. What fortitude, what gevura that entailed! Nowadays we need to see immediate results for our efforts, but they fought a bloody war for an entire generation and didn’t give up.

Now that is something to think about! 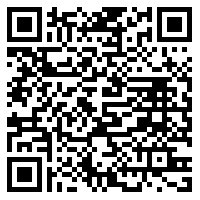