As massive as the fighting is, the count of dead on the Palestinian Arab side has three, perhaps two, civilians. Let’s hope the effectiveness of the Israeli fighters continues at that exemplary level.

Let’s also hope some of the irresponsible reporting emanating from such luminaries as Wyre Davies of the BBC who tweeted this a little earlier this morning:

@WyreDavies: In this “limited operation” at least 13 #Palestinians and 3 #Israelishave been killed – nearly all civilians. #Gaza


In reality, as distinct from the ideology-driven distortions of reporters like Davies, most of the Gazan dead (seven at least, out of a total of eleven dead which is the media figure now being quoted everywhere) are acknowledged terrorists. Perhaps the confusion comes from the way the BBC normally calls them militants; in Gaza, they are all martyrs. But terror is what they do, and terror is what brought their lives to an untimely end.

The fresh screen shot image from our computer (below) shows an Israeli aircraft dropping leaflets over Gaza this morning.

The the leaflets read:

“Important announcement for the residents of the Gaza Strip:

For your own safety, take responsibility for yourselves and avoid being present in the vicinity of Hamas operatives and facilities and those of other terror organizations that pose a risk to your safety.

Hamas is once again dragging the region to violence and bloodshed. The IDF is determined to defend the residents of the State of Israel. This announcement is valid until quiet is restored to the region. Israel Defense Forces Command.”

This illustrates what we wrote in an earlier post [here] this morning.

The IDF via its air force has been distributing Arabic-language leaflets over Gaza this morning warning residents to keep far away from terrorist bases and weapons depots (the locals know exactly where they are). The message which is echoed by ordinary Israelis is that Palestinian Arab civilians, even those who hate us, are not the targets of the Israeli actions. 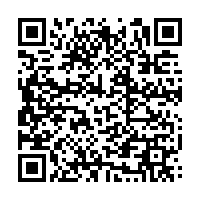