In an expanded High Court of Justice panel headed by Supreme Court President Miriam Naor on Monday rejected a petition by human rights organizations to prevent government from expelling illegal migrants against their will. The court determined that there is no impediment to returning them to a country that isn’t their country of origin, but not over their objections.

To be precise, the ruling stated that “the consent of the foreigners to their removal is not required for the deportation to be lawful, and it is also possible to deport them against their will. However, Respondents announced that infiltrators are not being deported to the third country under discussion without their consent and that no forcible deportation to this country will be carried out.”


The High Court limited the length of illegal migrants’ detention to 60 days if they refuse to be sent to a third country, making it clear that they could not be transferred without their consent. The decision regarding that third country—whose identity was not disclosed—was accepted in cases where it was proven that the migrant’s country of origin was not safe.

Prime Minister Benjamin Netanyahu was critical of the court’s decision, saying that “we will have to amend the legislation to facilitate the implementation of agreements” with African countries that agreed to absorb Israel’s illegal migrants.

Interior Minister Aryeh Deri said the decision “is very problematic” and that “it deprives the state of a very important tool by allowing any infiltrator who wants to remain in Israel to do so.”

Deri said he had discussed the matter with Justice Minister Ayelet Shaked, and that he was considering an amendment to the law that would allow the state “to remove infiltrators from the country against their will.”

“We must take care of the citizens of the State of Israel, residents of South Tel Aviv and other cities whose lives are not worth living,” Deri said, adding, “I am satisfied with the fact that the High Court of Justice has authorized us to continue to remove infiltrators to third countries and we will continue to do so by all means available to us.”

The NGOs that filed the petition –Refugee Rights Clinic at Tel Aviv University, the Hotline for Refugees and Migrants, the Association for Civil Rights in Israel, the ARDC, Kav LaOved, Physicians for Human Rights and Asaf – expressed satisfaction with the ruling, in light of the limitation it placed on government’s transfer plan, Walla reported.

The court also approved of the mechanisms the State has instituted for the inspection and supervision of the deportation procedure and the treatment accorded to the deported migrants by the third country.

Last Saturday night, some 2,000 residents of south Tel Aviv demonstrated outside the home of Supreme Court President Na’or in Jerusalem, demanding that the deportation of illegal migrants be expedited. 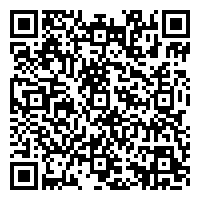