Russian forces began bombing areas across the country immediately following Putin’s declaration of war Wednesday night. One of the targets is the city of Uman, site of the Tomb of the Breslover Rebbe, Rabbi Nachman. At least one man was killed in the city and martial law has been declared.

“There has been bombing all around for hours and hours, since early this morning,” Hatzalah Ukraine CEO Shlomo Rosilio told JewishPress.com in an exclusive interview.

Uman, among other areas, is being targeted due to the presence of a military airport in the city, not far from the Tomb, “so it is a strategic target,” Rosilio said.

“It’s continuing but there’s no way to get out right now, because no one is allowed to move around or to be on the street.” Ukraine military forces are patrolling in the city, he said. “It is also very dangerous to move around,” he added.

EXCLUSIVE BUT GRAPHIC VIDEO
Below is a video filmed in an area of Uman that is a 10-minute walk from the Tomb.

Rosilio spoke with Israel’s Ambassador to Ukraine in the early hours, but “we got cut off, and I have not been able to reach him since,” he said.

One of the reasons he was reaching out to the ambassador directly affects the safety of the Jews who are now trapped in Uman.

Thirty tour buses and drivers who were paid in advance and have been waiting to evacuate Jews from the area in just such a situation, all disappeared the moment the bombing started, he said.

“Not even one driver is willing to go to the border right now. They’re not willing to drive; they’re scared because a lot of army areas are being bombed and the drivers don’t want to leave their families,” Rosilio said.

“They don’t want to drive the 12-13 hours each way, and be away from their families that long, and not know ‘what is going to happen tomorrow.’ So, they all left.”

Determined to find a way to get the Jews out of the danger zone, Rosilio began asking around to see if it was possible to buy a bus instead. “They cost around $120,000 but this is the only way out at this moment,” he said. “It could be another situation will come up but at the moment, this is what it is.” 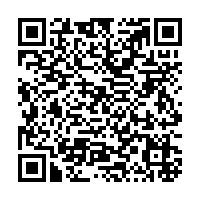