Rival Jewish petitions have greeted the appointment of Israel’s Minister of Settlements Affairs Tzipi Hotovely, 41, as ambassador to the UK.

A statement by Na’amod British Jewish Jews Against Occupation, with nearly 2,000 signatures, states, “As a British Jew, I am appalled that Israel is nominating Settlements Minister Tzipi Hotovely as the next ambassador to the United Kingdom. I am calling on the government to invoke its right – and responsibility – to reject her appointment.”

Signed by nearly 400, the statement reads, “As pro-Israel Jews in the UK and their supporters we wish to express our support for the new Ambassador of the State of Israel, Tzipi Hotovely. You will receive a petition…from supporters of a fringe left wing organization called Na’amod opposing her appointment but we are sure you will wish to ignore it.”

As a “major incident” was declared in Greater Manchester because of an increase in coronavirus cases, Chief Rabbi Ephraim Mirvis called for shuls in the area to “err on the side of caution.” He said any shul that “takes the painful decision to close once again” would have his support.

He added, “Shuls should consider what additional steps they might take to reduce the risk of transmission yet further. For example, moving minyanim to an outdoor space…further restrictions on the number of attendees at services; a greater focus on the wearing of face covering and maintaining social distance at two metres-plus.”

Even before the chief rabbi’s announcement, president of Manchester’s Holy Law Hebrew Congregation, Kevin Feddy wrote to members, “A number of issues of concern have arisen in recent days as people have become more relaxed when attending shul. Worryingly, people have been leaving shul in clusters and less than two metres apart. We cannot afford to be complacent or blasé, as the spike in Covid-19 illustrates.”

So far, 508 British Jews have died of the novel coronavirus.

Rev Yigal Wachmann of Manchester was due to travel to London on Friday to officiate in a London United Synagogue, where he would be hosted for Shabbat meals by a colleague. He changed his plans, though, in light of the spike and government recommendations.

He told The Jewish Press, “The synagogue management and I looked at the possibility of me staying in a hotel and bringing my own food, but I eventually decided to not go.”

The northern coronavirus spike has led to the government postponing its planned easing of restrictions on weddings. From August 1, wedding receptions were due to be allowed with a maximum of 30 guests. This date has now been deferred till August 15, at the earliest.

At present, receptions are only allowed for six people outside and two indoors.

Parents of couples set to be married in Manchester this month told The Jewish Press of the utter confusion government restrictions were causing their wedding plans. 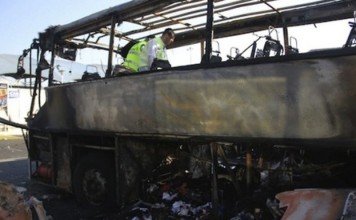 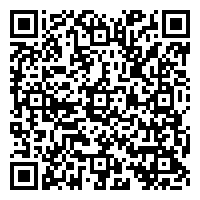