For the first time in history, 49 leaders from around the world gathered in Jerusalem to honor the memories of those who were slaughtered and look to the future of those yet unborn as the Fifth World Holocaust Forum marks the 75th anniversary of the liberation of the Auschwitz-Birkenau death camps during World War II.

Four kings, 26 presidents and four prime ministers were among those who attended the ceremonies at Yad Vashem in Jerusalem on Thursday.

One of the most important among them Britain’s Prince Charles of Wales, who arrived Thursday.

‘A very significant experience’
For the heir to the British throne, it was his first-ever official visit, though he has been in Jerusalem twice before, both times to attend funerals of prime ministers.

“For me, this is a very significant experience,” he told President Reuven Rivlin during his visit to the presidential residence. “Many of my teachers at school were Holocaust survivors and we are all deeply committed to combating antisemitism.”

“We will always remember how your grandmother, Princess Alice, who is buried here on the Mount of Olives in Jerusalem, saved the lives of many Jews during the Holocaust,” Rivlin told the prince.

“Britain stood firm against the Nazi threat. Many British servicemen and women fought with great bravery and liberated many concentration and death camps. And today British forces are on the front line in the war on terror in the Middle East, and we are together in this just war.

“We appreciate your clear voice against all forms of antisemitism and intolerance. It is an important voice for the Jewish community in the UK as they face a rising tide of antisemitism.”

The prince’s grandmother, Princess Alice – was recognized by Yad Vashem years ago as a “Righteous Among the Nations” for her selfless, heroic act in sheltering Jews in Greece during the Holocaust. The princess is buried at the Church of Mary Magdalene on the Mount of Olives in Jerusalem; Prince Charles never fails to visit her grave when he visits Jerusalem.

At the end of their meeting, they went into the garden of Beit HaNasi to plant an English Oak tree, a tribute to the tree planted in the Avenue of the Righteous Among the Nations at Yad Vashem by President Ezer Weizman and The Duke of Edinburgh in honor of Princess Alice, who is recognized as a Righteous Among the Nations for saving the lives of Jews during the Holocaust.

Next to the tree is a plaque with the inscription in English, Hebrew and Arabic:

“The Lord God took the man and put him in the Garden of Eden to work it and take care of it” (Genesis 2:15)
This tree was planted by His Excellency President Reuven Rivlin and His Royal Highness The Prince of Wales, as a sign of friendship between the two nations, and in recognition of the value of preserving and sustaining the environment and nature.
(26 Tevet 5780, 23 January 2020)”

“In Jewish tradition, this time of year is known as the new year of the trees, where we celebrate the renewal of nature and the connection between humanity and the earth,” Rivlin told Prince Charles. “The English Oak is a sign of the strong relations between us and the importance of protecting the planet. We chose a line from the Book of Genesis, where God tells us in the Garden of Eden to protect the environment. You are a global leader in this critical mission.”

Prince Charles is also to meet in Jerusalem with Prime Minister Benjamin Netanyahu, and subsequently in Bethlehem with Palestinian Authority leader Mahmoud Abbas. 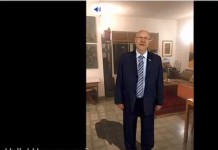 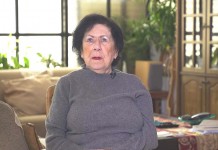 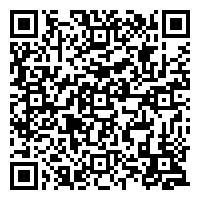