The current outbreak of measles in Israel is spreading, according to Health Ministry officials, with the total number of confirmed cases so far this year having reached 700, according to a report posted on the Hebrew-language Walla! News website.

In the city of Jerusalem, 341 cases have been reported so far – 213 new cases in September alone. Health officials are expecting the total number of cases in the current outbreak to rise potentially up to 10 times that number.

One measles patient was discovered on a flight from Turkey to Israel, according to the report, causing new concerns among travelers. The flight, Turkish Airlines Flight #788, arrived in Tel Aviv from Istanbul last Thursday.

Tel Aviv’s district health bureau – which wasn’t notified until this past Tuesday that a passenger who had boarded the flight to Israel was sick with measles – warned passengers who are “highly vulnerable” to seek medical attention as soon as possible.

“Flight passengers belonging to one of the risk groups are requested to call tomorrow to discuss the need for vaccination: infants under the age of 12 months, pregnant women and people with immune system deficiencies or those who receive treatment that suppresses the immune system.”

Measles is caused by the rubeola virus and is contagious. Symptoms of the disease include fever, dry cough, sore throat, runny nose, inflamed eyes which may be sensitive to light, and a rash. There isn’t any real treatment once a patient has the disease, and there’s no cure. The infection can stay active on surfaces and in the air for up to two hours and it can take up to four days before the rash will appear. A person continues to be contagious until four days after the rash disappears.

It is preventable with a vaccine. For those who don’t take the vaccine and who do end up with the virus, the illness lasts about two weeks. About 25 percent of those end up in the hospital with secondary illnesses, the worst of which can be pneumonia, and/or encephalitis, which can cause deafness and brain damage. 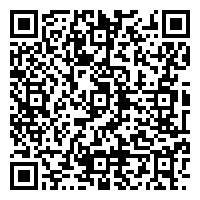