Major Noa Harpaz-Yaron, head of the Knesset, administration and public dept. in the office of the Chief of Staff, on Tuesday issued a notice that the IDF chief of human resources will summon for a discussion the IDF’s chief rabbi, Brig.-Gen. Rafi Peretz, whereby the latter will receive a clarification regarding the expectations of a senior IDF officer in uniform, even more so the chief rabbi of the military.”

So, what has the chief rabbi — who began his military career as a Major in the Israeli Air Force, where he served as helicopter pilot — done wrong?


Secular Israelis just don’t like it when religious Jews dance. A month ago, Israel’s secret police (Shabak) ran a private video showing young Jews in huge yarmulkes expressing hate for their Arab neighbors through dance and tribal chanting—and the issue took center stage as far up as the Knesset podium.

Now the IDF Chief Rabbi, having just lost his bid to teach soldiers about Judaism to the military’s HR division, will now have to explain to the head of HR why he was seen dancing at the wedding of the daughter of Rabbi Yitzhak Shapira, although not hand in hand, but in the same circle of dancers — the camera of Channel 2 News, which exposed the crime, kept moving from one side of the circle to the other, with a bright circle around each dancer to identify them, don’t ask.

Then they exchanged hats! The chief rabbi gave the father of the bride his IDF beret and put on the host’s black hat, again with the editor at Channel 2 News shining a light on the entire gruesome affair.

Now you need to know the context of this latest tempest in a teapot, or storm in a teacup, take your pick: the father of the bride, Rabbi Yitzhak Shapira, happens to be a halakhic authority on Jewish laws regarding the killing of non-Jews, in peacetime and in wartime.

Whether you like it or not, Jewish Law distinguishes between Jews and non-Jews on many different issues. It doesn’t suggest non-Jews are bad people, but it certainly strives to treat the two groups separately and differently. Rabbi Shapira, together with Rabbi Yosef Elitzur, in 2009 published a halakhic treatise titled Torat Hamelekh-The King’s Laws, Part One, Capital Laws for Jews and Gentiles.

There’s nothing in the collection which the two distinguished scholars made up. But to secular Israelis, most emphatically secular Israelis working for the media or in politics, any suggestion that Jews are not the same as everyone else suggests that Jews might consider themselves superior to others, and we just can’t have that. And so, since the publication of the document in 2009, the authors have been interrogated repeatedly by police, even rabbis who wrote forwards to the book giving their approval to its contents were summoned to their local police station, and police raided the yeshiva where the two authors serve as deans.

So that the very idea of an IDF officer being a guest of the author of that book on Jewish law, and then dancing in the same circle with him and giving him his beret is tantamount to joining ISIS in some people’s view.

On Monday, MK Omer Bar-Lev (Labor) wrote to IDF Chief of Staff Gadi Eizenkot urging him to act urgently against his chief rabbi. The COF’s office released a statement saying (honest, we didn’t change one word): “The chief rabbi arrived at a civilian wedding conducted by a rabbi who in the past had served in the IDF Rabbinate. The rabbi danced and was joyous at the wedding, we would have expected an officer in uniform to act differently.”

If you think the above statement was written by two different people, you’re wrong, it was probably written by six or seven. Does the note mean the chief rabbi should have been sad at the wedding? Not show up in uniform? Not dance and be joyous?

OK, obviously what they meant was he shouldn’t have been seen in public with the author of that horrible halakhic book, which most of its detractors are incapable of reading, much less figure out its value as a legal textbook. And, of course, despite the acts of aggressive intimidation by police, no charges have ever been submitted against either author, and the obvious purpose of the entire show was to scare into submission those pesky Zionist rabbis and the people who love them.

MK Bar-Lev added, in his urgent note to the IDF chief (who, obviously had nothing more urgent to deal with) that the book Torat Hameekh “is violent and racist and has been condemned by people from the entire political and social spectrum in the State of Israel. The book includes an open call to violence and clear incitement.”

Naturally, as in any work, one can cherry pick to one’s heart’s content isolated segments one would then equate with Mein Kampf. Intellectual dishonesty is almost a prerequisite for becoming a politician. Also, to offer a more detailed charge of “violence and racism” one would have to open the book, read the stuff, compare it with other normative halakhic sources, and who has the time?

Here’s the version of the wedding dance issued by Hakol Hayehudi. We couldn’t provide here the Channel 2 News version because it comes with inappropriate commercials. 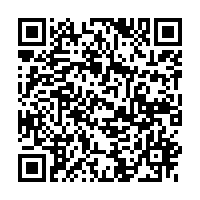