Israel Police have begun to collect testimonies from the survivors of the disaster that took place Thursday night on Lag B’Omer at the Tomb of Rabbi Shimon Bar Yochai in Meron.


At least 45 people were killed and 150 more injured in what appears to have been a stampede as participants were leaving a bonfire at the site of the Toldos Aharon Hassidic group.

Officials said some 100,000 people had attended the festivities — far fewer than in previous years — but more than was anticipated this year, given the inability of most travelers from overseas to enter Israel due to COVID-19 restrictions.

Israel’s Attorney-General Avichai Mandelblit has opened an investigation into the disaster focusing on the conduct of police during the mass casualty event, as the request of Israel Police.

“The Police Department for Internal Investigations will begin reviewing the events to see if there is any criminal culpability on the part of members of the police in the disaster,” said a spokesperson for Mandelblit. “Our investigators are already on the scene.”

A report written by former Israeli comptroller Micha Lindenstrauss warned the site was lacking safety features to prevent overcrowding at Meron and said the site could not handle more than 15,000 participants, The Jerusalem Post reported. He also warned of “dangers to human life” in the report.

An additional report in 2011 also warned the situation was urgent. “The existing situation must be changed immediately, including ending the neglect and harm to the sacred site,” it said.

“I bear overall responsibility, for better or worse, and am ready for any investigation,” Lavi said.

“We were prepared for any eventuality, but the tragic event occurred,” he added. “We are collecting evidence to help us find the truth.”

Five thousand police officers were deployed to secure the event.

A senior police official told Ynet that senior decision-makers should take some responsibility.

“This narrow passageway was approved by engineers,” the official said, referring to the site of the tragedy, which took place in the Toldos Aharon compound.

Public Security Minister Amir Ohana said he is taking “full responsibility” for the tragedy but added that “responsibility does not mean blame.” He also backed Israel Police, saying “the whole chain of command did its job” during and prior to the disaster.

“The police are not in charge of safety” at Meron, former Police Commissioner Shlomo Aharonishki told Channel 12 on Saturday night, adding there were concerns “for decades” about the poor infrastructure at Meron, including the areas of the bleachers.

Likewise, Police Commissioner Kobi Shabtai said in a statement that he “will not rest until the circumstances that led to this disaster are made clear.

“The Israel Police under my command will fully cooperate with any inquiry, with full transparency.” He added his “full appreciation to the commanders and all the forces that worked tirelessly during the incident and did everything they could to save lives.” 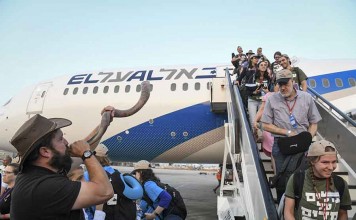 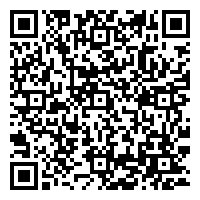