Israel Police Commissioner Roni Alsheikh on Tuesday signed in the Hague a strategic cooperation agreement between Israel Police and Europol, the European Union’s criminal intelligence agency, which operates as an intelligence coordination organization between European police agencies and other law enforcement agencies around the world.

The signing of the arrangement with Europol is a strategic achievement of Israel Police and its Investigations and Intelligence Division, which will enable extensive cooperation between the police in Israel and an organization whose purpose is to strengthen the enforcement and prevention capabilities against various crime phenomena, with an emphasis on organized and international crime.

The agreement will enable the Investigations and Intelligence Division of the Israel Police to enrich its capabilities and to deal best with new threats in the fields of cyber crime which is exploited by international criminal elements and terrorist elements. This includes the fight against terrorism in all its forms, as well cross-border crime which harms economies around the world.

The agreement was brought to a vote at the Europol headquarters and was unanimously approved by 28 representatives of the member states.

Haaretz pointed out on Wednesday that the agreement does not include a territorial limitation saying it may not be implemented in the liberated territories, which makes it not a permanent but a “working” agreement. Indeed, the agreement does not include language differentiating information obtained in Judea and Samaria from intelligence sourced in green line Israel. This contradicts the normal protocol of the European Parliament, which in 2012 excluded Jewish settlements from all of its agreements with Israel.

In his speech at the signing ceremony, Police Commissioner Alsheikh emphasized the importance of building an international intelligence and enforcement profile against the emerging profile of international terrorism and crime of the last decade. The commissioner presented the unique challenges to police in the 21st century, most notably crime’s migration to cyber space and the benefits to terrorism offered by the Internet.

Pope Pius And The Jews 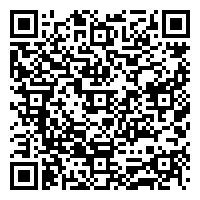