Foreign Minister Yair Lapid has decided to appoint Member of Knesset Ghaida Rinawie Zoabi, an Israeli-Arab activist and politician, as the Consulate General of Israel in Shanghai.

Rinawie Zoabi is a member of the left-wing Meretz party and is considered a political headache for the coalition. She has no diplomatic experience.

Lapid stated Tuesday that she “comes with rich administrative experience and a diverse and impressive economic and public background.”

“Our economic relations with China are an important growth engine for the Israeli economy and must be further promoted,” said Lapid.

Rinawie Zoabi stated that “it is a great privilege to be the first Arab woman to serve in such a senior diplomatic role. I am pleased to be able to contribute to the important task of strengthening our economic, commercial, and cultural cooperation with one of Israel’s most significant economic partners from the Consulate General of Israel in Shanghai, an important nerve center of the global economy. ”

She will be replaced in the Knesset by Kati Piasecki-Morag, Meretz’s representative on the Bat Yam City Council. 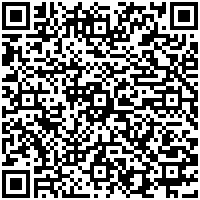