The Islamist Arab Ra’am party, a member of Israel’s coalition government, reportedly plans to “freeze” its membership in the government.

The Shura Council of the Southern Islamic Movement, which functions as the spiritual leadership of the United Arab List (Ra’am) party and is a product of the Muslim Brotherhood — which is outlawed in Egypt as a terrorist entity — convened an emergency session on Sunday afternoon to determine whether or not to order chairman Mansour Abbas to withdraw entirely from Israel’s coalition government.

The move follows days of efforts by Israeli security personnel to quell Arab violence, particularly following the prayer services of the Islamic holy month of Ramadan taking place daily at the Al Aqsa Mosque on the Temple Mount in Jerusalem.

Sheikh Mohammad Salameh Hassan, a spiritual leader of the party and the Southern Islamic Movement, demanded Ra’am withdraw immediately from the coalition.

Party members accused Jews of triggering the riots on the Temple Mount with “provocations” — that is, having the temerity to set foot on the site, where the Islamists believe only Muslims should tread. The month of Ramadan is a particular flashpoint on this issue.

Abbas urged the Shura council not to take ‘dramatic steps’ such as forcing his party to withdraw from the coalition government.

In response, the party decided to implement a temporary freeze on its membership in the coalition, according to Israel’s KAN 11 News public broadcaster.

“Mosts of the participants in the [Shura Council] meet were in favor of staying in the coalition. Mansour Abbas is in favor of freezing its membership temporarily. It is in the best interests of Arab society to remain in the coalition,” KAN News reported in a tweet.

The freeze is to be coordinated with Prime Minister Naftali Bennett and Alternate Prime Minister / Foreign Minister Yair Lapid and would last at least two weeks — meaning it would have little to no effect, since the Knesset is in recess for the next four to five weeks.

MK Walid Taha, a member of Ra’am, said in an interview Sunday afternoon with Israel’s Channel 13 News that he would expect the government to “behave differently towards Jews who ascend {the Temple Mount] to make a provocation at the Al Aqsa Mosque; but instead it let a few hundred fascists behave that way.

“The price will, it appears, be the dissolution of the coalition,” he added.

In the early morning hours on Sunday, Arabs planted huge boulders to block the path walked by the Jews while on the Temple Mount, one of the holiest sites in the Jewish faith. Overnight, they had already stockpiled caches of ammunition — large rocks and boulders — with which to attack Jews on the site.

In #Dublin #Ireland @dublinbusnews Dublin Bus would suspend services for such hateful acts. This is Jerusalem Israel this morning (Yes Sunday) as children return to school and men & women return to work, Palestinian youth incited by their leaders and foreign silence spread hate pic.twitter.com/JM9YZ4EuXs

The Arab attackers also hurled large rocks and cinder blocks at two Egged buses bringing Jews to the nearby Western Wall, smashing all the windows on one bus and most of those on the second bus as well. Seven people were wounded in the attack.

Among the wounded was Nachum Applebaum, an employee of the Western Wall Heritage Foundation. “Egged staff and MDA medics responded,” he said. “The police had disappeared.”

Following an emergency security assessment held Sunday by Israel’s leadership, Prime Minister Naftali Bennett said in a statement that Israel is working to maintain peace and religious freedom – but security forces are free to act as they determine to stop incitement and rioting.

“Our main mission is to provide security for Israeli citizens across the country,” he said. “The security forces have a free hand from the political leadership. The forces are working to calm the situation on the one hand, and to thwart any attempt of violence on the other. The security forces are prepared for any scenario,” Bennett added. 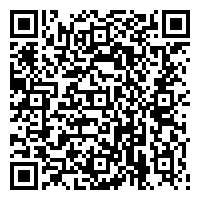