The opposition announced on Tuesday that its members are boycotting all Knesset activities, and will not arrive at the House until further notice. The reason for the outburst is a debate on the Electricity bill that took place in the Knesset Committee, which is expected to go to a second and third vote on Wednesday. The bill gives the Interior Minister the power to approve or forbid within two months the connection of illegal homes to the national grid—or else they get connected. The coalition—in defiance of an opinion by the Knesset legal counsel—decided to submit the bill to an up or down vote without an opportunity for the opposition parties to debate it.

To silence the opposition’s criticism of Ra’am’s Electricity Law, which endorses the looting of state land by Arab construction of tens of thousands of illegal structures, the coalition revoked the opposition’s right to reason and point out all the reservations it submitted and even scheduled additional debates on Wednesday, contrary to an explicit agreement with Knesset Speaker Miki Levy – all of it out of its submission to the dictate of the Islamic movement that the law must be passed by Wednesday.

This precedent, the likes of which never existed in all the years of the Knesset, means that from now on any coalition would be able to silence any opposition in any debate of any law, with complete disregard for the explicit position of the Knesset’s Legal Counsel, who to this day has been respected by all House factions for generations.

This is a new record and the breaking of the last rule that still remains from a long tradition in the Knesset after the coalition has already passed a huge Norwegian law (allowing ministers to resign from the Knesset and be replaced by members of their party) that eliminated the presence of government ministers in the Knesset; has deprived the opposition of the representation it deserves in the Knesset committees; established wholesale new committees to serve its political needs; and unilaterally amended the Knesset Rules of Procedure.

The Knesset thus became superfluous, without any possibility of holding substantive discussions, in a manner that severely harms Israel’s democracy. Therefore, the leaders of the opposition parties have decided that they have no interest in being present in this fixed game of trampling democracy, until this scandalous decision is changed so that a debate will take place as has been customary to this day.


Instead of responding to the opposition’s serious complaint, the coalition issued a list of whatabouts criticizing the other guys’ behavior and ignoring the Knesset Legal Council’s straightforward objection to an up or down vote on the Electricity bill.

The Electricity bill passed in a very raucous Knesset session, with a vote of 61-0, after the opposition boycotted the vote. 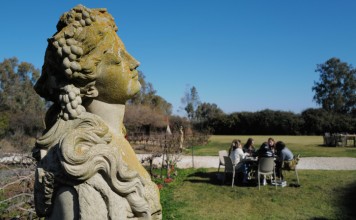 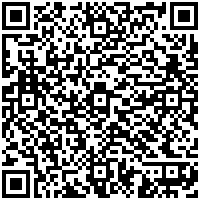