The bill proposes giving priority in hiring for civil service positions through a mechanism of affirmative action for candidates coming from the eligible minority groups who have completed military or national service.

The bill’s explanatory notes read: “In the State of Israel live members of minority groups who chose to tie their fate to the fate of the state, who serve in the IDF and in the national service, often enduring great social and family sacrifices.

“Some are discriminated against in their area of ​​residence, some suffer from violence and incitement, if only for the reason that they chose to serve the State of Israel and to integrate into it. When many of them are released from the service, they often discover that it is the minority members who opposed the service, incited for or supported the non-integration, are the ones who enjoy the advantage in getting civil service positions, because the ones who served join the labor market later.”

MK Esawi Frej (Meretz) suggested that “if this proposal is passed, every job for the Arab sector will go to the Druze. It’s a disgrace.” 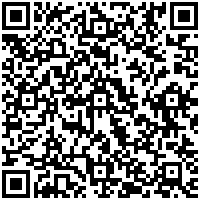