At the end of a nightly meeting, on Thursday morning a new political party was born: The Democratic Camp, headed by Meretz chairman Nitzan Horowitz. In second place: Stav Shafir, the redheaded young woman who only a week ago fought Amir Peretz for chairmanship of the Labor Party. Now she has left Labor and joined Ehud Barak’s new party. The Democratic Camp (the name sounds vaguely North-Vietnamese) slate will feature Ehud Barak in tenth place, a kind of dare to the leftist voters and a reflection of the failed politician’s true vote-getting power.

Third place on the slate goes to former deputy chief of staff Yair Golan, who, while in uniform, declared that Israel was in the same place Germany was at the beginning of the Nazi takeover.


Fourth place features Tamar Zandberg, who was dismissed from the Meretz chairmanship as a result of her failure in the last elections.

Issawi Farij, who on Tuesday extorted from Barak an apology to Israeli Arabs for the fact that Israel police stopped the pogroms of 2000, is running in sixth place on the list, which will rely heavily on the votes of Israeli Arabs. Farij told Army Radio on Thursday morning that the connection was made because there was no choice, and although he is unhappy about running with Barak’s driftwood party (my description – DI), “The election constraints pushed us.”

According to surveys from earlier this week, the united left list could receive as many as 9 seats.

“This is a dramatic move to strengthen the left: expanding the ranks we deserve and significantly strengthening the positions of justice and equality as an alternative to the messianic and corrupt right,” Tamar Zandberg tweeted Thursday morning.

Labor chairman Amir Peretz will probably have to humble himself and join the new leftist list after losing his big vote-getter Shafir.

A united list that covers the entire camp to the left of Blue & White may be able to draw enough votes from the Arab sector to reach 15 Knesset seats on September 17. In such a situation, Gantz, the Democratic Camp, and the Haredim should be able to pass the 61-vote threshold and form a government. This will require a reconciliation between the UTJ and its sworn enemy Yair Lapid.

In 1623, da Costa was excommunicated by the Jewish community of Amsterdam for his heretical book “An Examination of the Traditions of the Pharisees.” He was allowed to return to the fold after he was publicly given 39 lashes at the Portuguese synagogue in Amsterdam. He was then forced to lie on the floor while the congregation trampled over him. 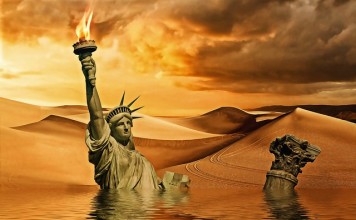 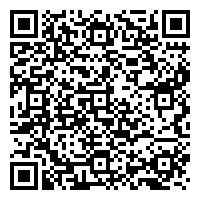