Our friends at the Temple Mount Beyadenu group say they managed to download this video before it was deleted. It was uploaded by one Nada Bani Hashem, who wrote in Arabic: “This person is swimming and desecrating the purifying space at al-Aqsa, while the other people are laughing. Nobody criticizes or makes a comment. What is left that we haven’t done in al-Aqsa? Dancing, football games, it’s only a matter of time before Intimate relations are performed there.”

Back in 1967, the Israeli government deposited the responsibility for running the Temple Mount compound in the hands of the Jordanian Waqf, which has been very good at reporting when Jewish visitors make a blessing before eating an apple. But as Nada pointed out (and then erased it), Arabs can do pretty much what they please.

This is the El Kas fountain on the Temple mount. As you can see, there are faucets leading from the fountain, with stone seats for worshippers to wash their legs. It is not a swimming pool.

Tom Nisani, Executive Director of Beyadenu, stated: “This video shows the reality about the Temple Mount for the Palestinians. For them it is just a big Park to hang out. It’s a shame that Israel doesn’t live up to its responsibilities, stop the desecration of a holy place and ban those desecrating it from the site!” 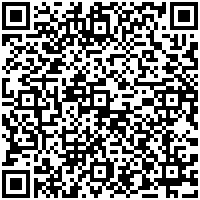