The Temple Organizations Headquarters will hold its 15th annual Pascal sacrifice exercise on Monday, 5:30 PM, in the Davidson compound near the Western Wall and the Temple Mount. In the past, the police refused to hold the ceremony in a place so close to the Temple Mount for security reasons, but each year the event has moved closer.

God Willing, next year the event will climb the extra 30 feet or so to the Temple Mount, and be conducted at the intended time, starting in the early evening of Passover.


Over the years, the event has gained stature, and this year it will be attended by the Chief Ashkenazi Rabbi of Jerusalem, Rabbi Aryeh Stern, and the former Chief Rabbi of Hebron, Rabbi Dov Lior. Also attending will be Rabbi Uri Sharki, and the man who has been the relentless spirit behind the event from its inception, MK Yehuda Glick.

The temple organizations issued a statement saying they would “practice the Pascal sacrifice which is commanded to be held in the Temple, along with Kohanim dressed in kosher garb, singing Levites with trumpets, a replica of the altar and a roasting oven for the Pascal offering.”

The statement continued: “These exercises are both a significant reminder of the destruction and a reminder of the goal for which we are aiming. The yearning for the Temple is growing in the Jewish people, and the practice of the Pascal sacrifice is one of its most significant expressions.”

The Headstart page collecting financial support for the exercise has so far received some $5,700 out of its goal of $17,000. 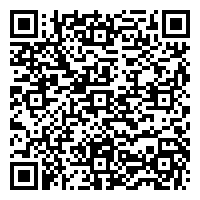