“We must remember every day, every place we set foot, what happened at Auschwitz. And the memory must be totally pro-active, not passive. We must continuously ask ourselves, How should I react to this situation today, in light of the tragic lessons of the Holocaust? How must we as a people, bring peace through negotiations, stop the Iranian threat, quash extremist Muslim terrorism based on the lessons learned from the Holocaust?”

Several U.S. politicians joined the ceremony as well, including House Majority Leader Eric Cantor, who spoke of “a profound emotional experience,” and Mike Huckabee, a former governor of Arkansas and Republican presidential candidate.


“As we’re standing here in our warm coats and still cold, I can’t imagine the suffering of those who were forced to work here in pajamas,” Huckabee told JTA. “The Knesset stands here as testament that the will of good is better than the will of evil. Their flag signifies how, had there been a Jewish state, there would’ve never been a Holocaust. That’s why there must always be a secure Jewish state.”

The man who organized the visit by the large Knesset delegation was Johnny Daniels, a 28-year-old Israeli and Holocaust educator.

“At the festival, I realized the Holocaust had a huge impact also on Polish society, and I decided to do something connected to how we relate to each other,” said Daniels.

Sending the Knesset members cost Israeli taxpayers $130,000. Another $400,000 was raised by From the Depths, Johnny Daniels’s nongovernmental education organization, to cover events surrounding the inter-parliamentary session in Krakow. 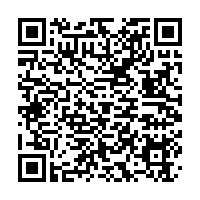