The Ministry of Environmental Protection is in no hurry to act against serious environmental hazards in Alexander River which flows from the western slope of the Samaria hills to the Mediterranean Sea north of Netanya.

According to an emergency alert issued by the Regavim movement on Tuesday, the Ministry of Environmental Protection, under Likud’s Gila Gamliel, even rolls the responsibility for handling the ecological catastrophe to other entities. This is evident from a formal response of the ministry to a complaint from Regavim.


Alexander River has for years been suffering from an ecological disaster, mainly due to the discharge of sewage from the Palestinian Authority – this after Alexander River was part of a 2003 cleanup project that won first prize in the Riverprize environmental rehabilitation competition in Australia for treating the most polluted body of water in Israel. Close to 20 years later, the poor river, which used to be home to a thriving community of soft shell turtles, has fully regained its obnoxious reputation.

Regavim has been monitoring the river pollution for several years, and in recent weeks filed a complaint with the Ministry of Environmental Protection against new environmental hazards found in around the Israeli Arab village of Taibeh: sewage discharge, blocking the river’s route through earthworks, and the construction of an illegal bridge leading to a pirate business complex across the river.

The Ministry of Environmental Protection responded on Monday with a claim that the ministry lacks the authority to enforce the law against these perpetrators.

“Blocking the stream’s path and the bridge over the stream belongs to the authorities dealing with ​​planning and construction, an area in which our office has no authority,” the ministry responded. As to the illegal dumping of sewage in one of Israel’s most precious waterways, that, apparently is also not handled by the Ministry of Environmental Protection – it is instead the responsibility of the Water Authority.

“This is an outrageous answer,” said Yachin Zik, director of operations for the Regavim Movement. “The manner in which the Ministry of Environmental Protection evades the problem and allows the streaming of pollution to continue is incomprehensible.”

“Instead of shirking their responsibility and telling Regavim to appeal to other entities, the ministry should put pressure on the local planning and building committees to address the problem,” Zik continued. “We hope that Minister Gamaliel, who has just taken over the ministry, will act more firmly against such serious violations and direct her people to take real action, rather than kick the can further through a debilitating bureaucracy.” 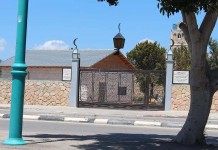 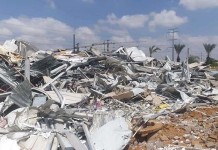 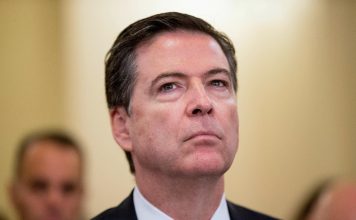 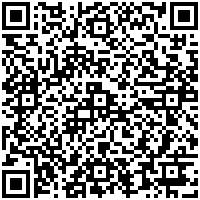