Shaked posted on Friday on her Facebook page: “Dear friends, up to this moment we are busy trying to unite the rightwing bloc and run together, as one strong force. The truth is that I’m already hoarse from conversations and waiting for Shabbat to enter. There are still differences and disagreements, but they are not great. I expect my friends, the chairman of Habayit Hayehudi Rabbi Rafi Peretz and the chairman of the National Union Bezalel Smotrich, to make every effort, as I have been doing over the past month, to unite all of religious Zionism with all its diversity, with the secular right. I think that this is the order of the day and that if we remain entrenched in our demands that do not correspond to reality, we will all lose. The right wing camp will lose. Time is running out, we must make decisions on Sunday.

Veteran rightwing journalist Menachem Rahat wrote in the popular religious Zionist shul freebee Matzav Haruach that too inclusive a union might actually cost the bloc some votes, because the purists in each section of the public to the right of Likud might opt to stay home if they’re turned off by this or that partner.

Otzma Yehudit comes to mind: even though no one doubts its electoral assets, the pro-Kahane party may repulse almost as many voters as it attracts. Also, to judge by things its leader, Itamar Ben-Gvir, has been saying, some of the Otzma voters might choose to stay home on election day because they may resent the way Rafi Peretz and Ayelet Shaked have been tossing them around as cards in a poker game.

The pressure is great on education minister Peretz to let Shaked take the slate’s lead, because she is considered by everyone to be the most popular rightwing politician in Israel today.. Shaked wants first place for herself, fourth for her partner Naftali Bennett, and then slots seven and nine in the top 10. The other side would only grant her three slots, and has already promised the fourth spot to Ben-Gvir.

Prime Minister Benjamin Netanyahu has been trying to talk Peretz and Smotrich out of uniting with Shaked and Bennett in the first place. The pair was the force behind Netanyahu’s second win, in 2009, but entered a fight to the death with Mrs. Netanyahu and ended up out on the curb – which is when they turned around and resurrected the Habayit Hayehudi slate which won 12 seats in 2013.

Much like the parties to the left of Blue&White, the parties to the right of Likud are facing a test that could grant them a new lease on life after four years of a decline – or make them disappear from Israel’s political landscape. 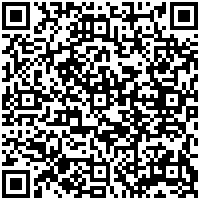