49% of Israeli children will be Haredim in the year 2065, as opposed to only 35% of non-Haredi, Jewish children, according to a new report published on Tuesday by Professor Dan Ben David, president of the Shoresh (Root) Institution for Socioeconomic Research.

The report, which investigated demographic trends in Israel, also shows that the rate of academic Haredi men in Israeli society has not increased over the past 15 years, and the rate of Haredi academics in the United States is double that of Israel. The report warns that “the continuation of Haredi education that refuses to teach core curriculum subjects poses an existential danger to Israel,” because the Jewish State would no longer have the economic resources to maintain a modern army.

Who will win the education battle? And who will pay for all the nice services Haredim and other under-employed sectors receive from the state?

The Shoresh Institution is an independent, non-partisan policy research center that conducts impartial, evidence-based analyses of Israel’s economy and civil society. Its objective is to assist in moving the country towards a sustainable, long-term trajectory that raises Israel’s living standards while reducing disparity among its citizens.

The new study published on Tuesday claims that, on the one hand, Israeli citizens are getting closer to their tradition; but on the other hand, in the religious sector, young people abandon their religion “in alarming proportions.” But the high fertility rate among the religious and Haredim makes up for this, and the balance remains in their favor.

At both ends of the spectrum, the Haredim and the secular – 94% and 90% respectively – are true to their way of life and their parents’ ideology. Only 1% of the Haredim become secular adults; 2% eventually define themselves as traditional; and 3% are religious (as in religious Zionists).

Over in the secular sector, 2% grow up to become Haredi, 1% religious and 7% traditional.

The big movements takes place among religious Zionists and traditional Israelis, of whom only 54% and 67% respectively hold on to the beliefs of their youth, and the rest mainly lean secular.

Of the religious, 5% become Haredi, 35% mild-down to traditional, and 5% go secular.

Of the traditionalists, 2% go Haredi, 6% religious, and a whopping 25% become secular.

Looking at these unwavering statistics in the Haredi communities, which are known for their lower-than-average participation in the general economy, Israeli Jews have much to fear.

Ben David points out that Israel is “the only country in the developed world that does not require core curriculum education for all its school children.” In fact, he says, “Haredi children, especially boys, are denied the opportunity to attend core curriculum studies beyond the eighth grade, and what is being taught is quite incomplete.”

This deprives them of the “basic tools they will need to work in a modern, competitive economy, and conduct themselves in a modern, democratic society.”

He notes that only 30% of the Haredi students in higher education are men, and then, even more disturbing, 76% of Haredi academic male students and 53% of females drop out before the conclusion of their studies.

He also notes that the studies are “at a very low-level in most colleges attended by Haredi students.”

Ben David concludes that “there are no shortcuts in life. Most of the children who have been deprived of serious core curriculum studies will not be able to close the gap later.”

The result: despite the significant increase in the number of Haredi students attending degree programs, the percentage of Haredi men of working age with a college degree has remained very low and unchanged over the past decade and a half – only 15%.

Ben David concludes that “Israel is on an unsustainable long-term socioeconomic trajectory, unless far-reaching policy decisions are implemented soon.”

He warns that “what’s on the table is not just an economic slowdown or bankruptcy in the future. Israel’s location in the most dangerous region on earth requires it to have a First World military to exist. Only a First World economy can sustain a First World army.” Therefore, he argues, “providing quality education that includes a full core curriculum and significantly upgrades Haredi children’s education by the end of high school is a prerequisite for Israel’s very existence in the very near future.”

Considering the exceptionally high birthrate of the Haredim, “nothing else would matter ensure if these children are not given the tools to maintain a First World economy.” 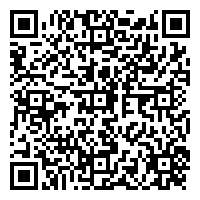