The Knesset plenum on Monday gave its final approval to a bill that revokes the guardianship rights over minors of a parent convicted of domestic murder, attempted murder, or rape.

The bill, an amendment to the Legal Capacity and Guardianship Law, passed its third and final reading by a vote of 34 to 0. According to the amendment, the guardianship rights of a parent will be removed if they were convicted of murdering or attempting to murder a member of the family, or if the parent was convicted of raping or sodomizing a minor within the family.


In presenting the bill, Committee on the Status of Women and Gender Equality Chairman MK Oded Forer (Yisrael Beitenu) said “Eliran Malul is, to this day, the guardian who will determine how the life of the baby girl whose mother, Michal Sela, he murdered in her presence, will be. Shira Isakov also still needs the approval of Aviad Moshe for every decision concerning their son, who witnessed the cruel attempt to murder his mother. This situation is unacceptable.”

Eliran Malul has been indicted in June for murdering his wife in a gruesome attack that made headlines in Israel. Aviad Moshe was accused of attempting to murder his wife in front of their infant son.

MK Forer mentioned that until now, a request to revoke guardianship rights could be filed with a court, but the new law “determines that the revocation is automatic unless the court rules otherwise.” MK Forer also noted that former MK Gideon Sa’ar “was a full partner in advancing the proposal.”

MK Merav Michaeli (Labor) said, “The bill states what is almost obvious, that a parent who hurt the other parent, or the child, cannot make decisions for the child. We included in the bill cases involving rape and sodomy, but we have yet to include cases involving lewd acts, and until we do that, I wish to remind the judges that the law currently grants them the power to take the guardianship and the power from whoever harms a minor.”

MK Tehila Friedman (Blue&White) said, “I do not know if this bill will be able to prevent murder, but it will correct the terrible injustice families face down the line when dealing with the attacker.” 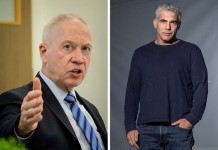 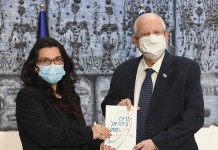