The Movement for Governability and Democracy, founded by MK Simcha Rothman (RZ), whose website describes its mission as “maintain the balance between the various elements of democracy in the State of Israel: majority rule, individual rights, governmental fairness, and transparency,” on Thursday filed a complaint with the Commission for Complaints against Judges and the Civil Service Commissioner against Supreme Court President Esther Hayut. The complaint followed Hayut’s speech Wednesday evening, in which she openly and harshly attacked Justice Minister Yariv Levin and his legislative reform proposals.

The complaint states that there is no dispute over the fact that Justice Hayut spoke as part of her role as the Supreme Court’s president, and if the Commission for Complaints against Judges and the Civil Service Commissioner find that she has indeed violated the rules, they should recommend to the Judicial Selection Committee to fire her.

“In her speech this evening, President Hayut blatantly violated the rules of ethics for judges and the civil service regulations, which prohibit public servants from being involved in the political field and criticizing the work of the Knesset and the government,” the complaint charged.

I looked it up: clause 42.321 in the Provisions of the Civil Service Regulations (Takshir) lists judges, rabbinic judges, members of religious courts, and any other judicial office holders among state employees who are forbidden to organize a public meeting of a political nature, to sit at the dais of such a meeting, and to speak there. They are also prohibited from participating in a demonstration or procession of a political nature.

a. The employees listed in paragraph 42.321 are prohibited from criticizing the government and its ministries, including their policies, at a press conference, in an interview with a journalist, in a speech in a public place, in a broadcast, in a newspaper, or in a book.

b. The employees listed in paragraph 42.321 are prohibited from criticizing a government that served in the past or previous policies of the government ministries, in a press conference, in a press interview, in a speech in a public place, in a broadcast, in a newspaper, or in a book.

c. It is forbidden for employees of any rank to criticize, in an insulting or hurtful way, the government which is in office at the time and its ministries, and/or any government that was in office in the past and/or previous policies of government ministries.

The complaint quoted the segments from Hayut’s speech Thursday night that violated most radically and irresponsibly all the above-listed civil service regulations:

A. “A few days ago, the new Justice Minister presented a lightning-speed plan for far-reaching changes in the judicial system. In effect, this is an unrestrained attack on the judicial system, as if it were an enemy that must be assaulted and defeated.”

B. “What’s the goal of the minister’s planned changes? In effect, it seeks to take away from the judges to judicial tools they use to protect individual rights and the rule of law.”

C. “The new justice minister’s plan is not intended to reform the justice system – it is a plan to demolish it. It will mortally harm the independence and self-sufficiency of the judges, and their ability to loyally fulfill their tasks as public servants. Therefore, the meaning of this bad plan is to completely alter the democratic character of the state.”

“Therefore, in her blunt criticism of bills that have been submitted to the Knesset, and against the policies of the minister who is in charge of her, the subject of this complaint brutally violated the civil service regulations regarding state employees’ discipline,” the complaint continues. 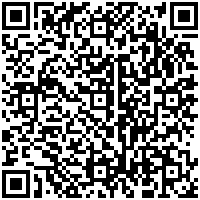