Chairman of the Rightwing Parties Union MK Rafi Peretz on Sunday morning confirmed that the justice portfolio is the bone of contention in his coalition negotiations with the Likud party. He said he was not yet using the language of an ultimatum, but argued that “this is a worthy demand.”

Speaking to Kan Reshet Bet radio, Peretz said that his party is due the education and justice portfolios, which had been held by Ayelet Shaked and Naftali Bennett respectively, when the two had been the leaders of Habayit Hayehudi, the senior Rightwing Union faction. Peretz wants Justice to go to his partner, Bezalel Smotrich, and wants Education for himself.


“We lay down on the barbed wire fence on behalf of the right wing,” he said, promising that “things can be settled with us quickly, we want Education and Justice, and we can close the rest in one day,” Peretz said. He argued that Smotrich was worthy of being the next justice minister and that he, Peretz, deserved to be education minister, since “43 years in the education field should count for something.”

Before serving as the IDF Chief Military Rabbi, Peretz was the dean of the Otzem Pre-Military Academy.

Regarding the plans to amend the Knesset immunity law to serve the urgent legal needs of Prime Minister Netanyahu and the direction of the coalition government should the PM go on trial, Peretz said the option to prosecute Netanyahu should be weighed by the Knesset, adding that “we can’t ignore the fact that the people heard everything, knew all the accusations and still voted en masse for Netanyahu.”

On the issue of illegal aliens from Africa, Peretz said that “as long as they are here, we have a great responsibility to take care of their welfare and help them lead a normal life,” but insisted that they must leave the country as quickly as possible.

“I was in south Tel Aviv and I was very shocked by what’s going on there,” Peretz said. “It’s a state within a state. It’s impossible for this thing to continue.”

Peretz was embroiled in a minor scandal with his own rank and file when, on his pre-election visit to south Tel Aviv, he praised the wonderful care Israel extended to these downtrodden Africans. He walked back his praises a number of different ways, stepping on some’s foot wherever he turned. This morning’s statement represented his final say on the matter. 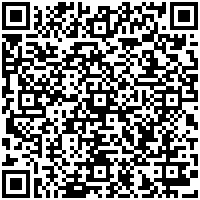