Adam Laxalt who served as Nevada’s attorney general from 2015 to 2019, has won the state’s Republican primary for the Senate and will face Democratic Senator Catherine Cortez Masto in a race the NY Times called highly competitive, although Cortez Masto is considered one of the Democrats’ most vulnerable incumbents. Laxalt defeated retired Army captain Sam Brown.

Senator Cortez Masto, who inherited the late Harry Reid’s seat, has already spent close to $13.5 million on the race, according to AdImpact, with a barrage of TV ads in English and Spanish. RJC Executive Director Matt Brooks said Cortez Masto “supported the disastrous Iran nuclear deal and accepted tens of thousands of dollars in campaign contributions from far-left anti-Israel group J Street.”

Laxalt’s primary opponent earned a Purple Heart after being seriously injured in Afghanistan. He still bears the scars from his injury on his face. Laxalt spent five years in the United States Navy’s Judge Advocate General’s Corps. He was posted at Naval Air Station Sigonella in Italy and Iraq and had a stint at the US Naval Academy as an assistant law professor. So, not so many scars.

The RJC’s Brooks praised Adam Laxalt’s “distinguished record of service both in the military as a naval officer and Iraq veteran, and in public life as Attorney General.”

Laxalt’s campaign website says he has been “a leading voice against the last-minute changes codified into law by the Nevada Legislature in 2020, less than three months before the 2020 General Election. As Senator, Adam will be a fierce advocate for reforms including voter ID and opposition to universal mail-out voting, ballot harvesting, and ballot drop boxes.”

On abortions, Laxalt’s website states: “The right to life is a basic constitutional liberty for all Americans. As Senator, Laxalt will stand against taxpayer funding for abortion. When elected, he will be a reliable vote against extreme Democrat proposals that would deny babies born alive healthcare or codify barbaric partial-birth abortion practices as federal law.” 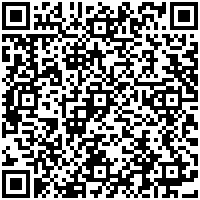